A women's aid group has come up with a genius way for survivors to seek help without their abusive partners knowing. 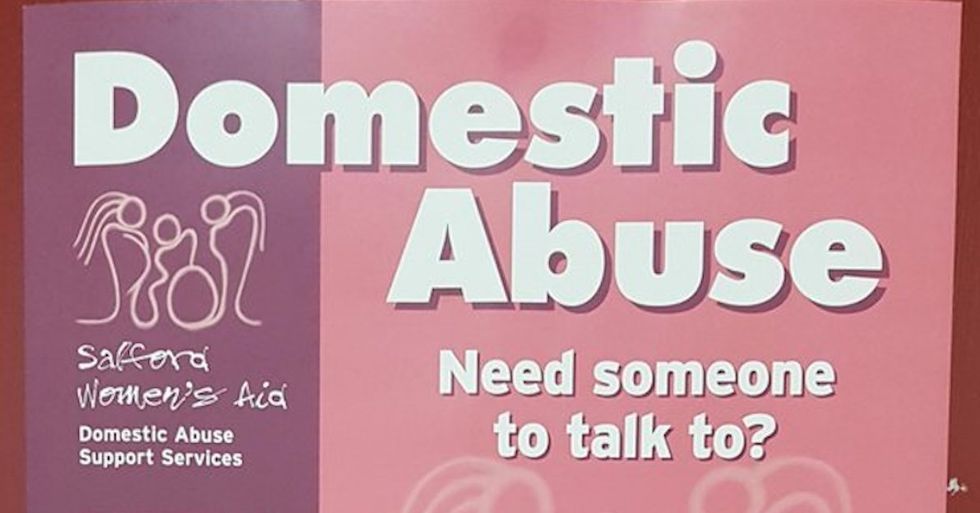 Ending a violent relationship is often extremely dangerous. Even when the abused partner has made up their mind to go, "just leaving" is not an option.

The abused partner needs a support system — something the abusive partner works hard to prevent — and a safety plan. In order to put both those things in place, survivors are going to need some help.

That's where shelters and resource centers like Salford Women's Aid come in.

The nonprofit offers help with housing, support groups and safety planning, amongst a variety of other services. The organization also knows that it's dangerous for those living in abusive relationships to have the phone number of such an organization on their person.

So they've done something ingenious: Hidden their number inside a bar code for safety.

Here's what it looks like, via an image that absolutely blew up on the internet earlier this week.

While some may judge the fact that this image was likely put out there with the intent of making it go viral — and that outrage is understandable — something as novel as this had no chance of staying secret. Even more importantly, it's sending a clear message to those living in abusive relationships that help is out there, available, and only a few dial tones away.

He shared them in an intimate 1973 interview with Dick Cavett.

Marlon Brando made one of the biggest Hollywood comebacks in 1972 after playing the iconic role of Vito Corleone in Francis Ford Coppola’s “The Godfather.” The venerable actor's career had been on a decline for years after a series of flops and increasingly unruly behavior on set.

Brando was a shoo-in for Best Actor at the 1973 Academy Awards, so the actor decided to use the opportunity to make an important point about Native American representation in Hollywood.

Instead of attending the ceremony, he sent Sacheen Littlefeather, a Yaqui and Apache actress and activist, dressed in traditional clothing, to talk about the injustices faced by Native Americans.

She explained that Brando "very regretfully cannot accept this generous award, the reasons for this being … the treatment of American Indians today by the film industry and on television in movie reruns, and also with recent happenings at Wounded Knee."