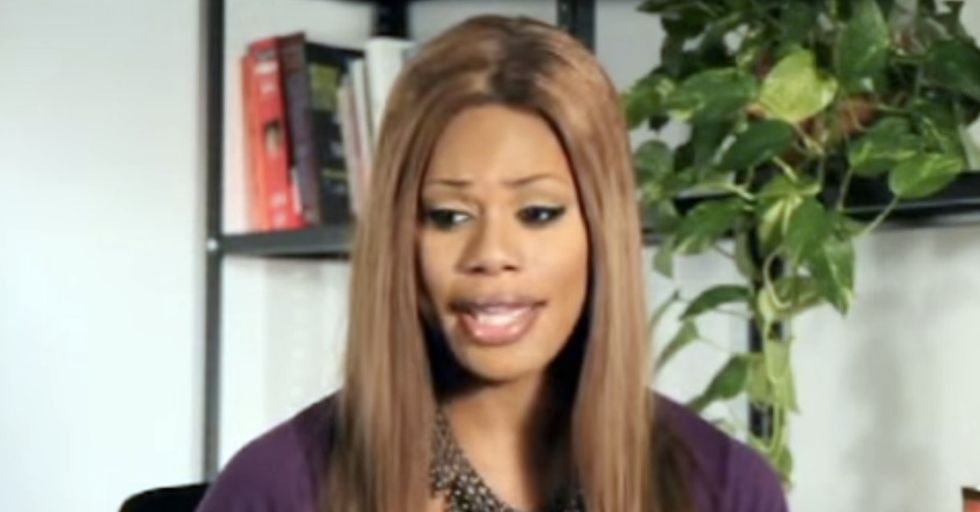 This is Laverne. You might know her from her role as Sophia Burset on "Orange Is the New Black."

Last year, she became the first out transgender person to appear on the cover of Time magazine.

Later that year, she made another historic first, becoming the first out transgender person to be nominated for an acting Emmy.

With so much success, it'd be reasonable to think that she's always embraced who she is. That thought couldn't be more wrong. For a long time, all Laverne — who is arguably one of the most famous transgender people in the world — wanted was to blend into the crowd.

It wasn't until she realized that she didn't blend in that she owned "this transgender thing."

She even had some advice to offer parents of trans and gender-nonconforming children.

Watch her "I Am" video below. She touches on the concept of "blending" (which is also called "passing"), speaks to being black and trans (1:24), and gives some advice to parents who may be raising a trans child (1:55).

It's the side of extreme weight loss rarely seen, but that's why it's needed.

Matt Diaz has worked extremely hard to lose 270 pounds over the past six years.

But his proudest moment came in March 2015 when he decided to film himself with his shirt off to prove an important point about body positivity and self-love.

Keep Reading Show less
Get stories worth sharing delivered to your inbox
By signing up you agree to Upworthy's privacy policy.
Trending Stories
joy
popular