A 'Daily Show' correspondent asks a millionaire about inequality and gets an unexpected response.

Wealth inequality has never been funnier. 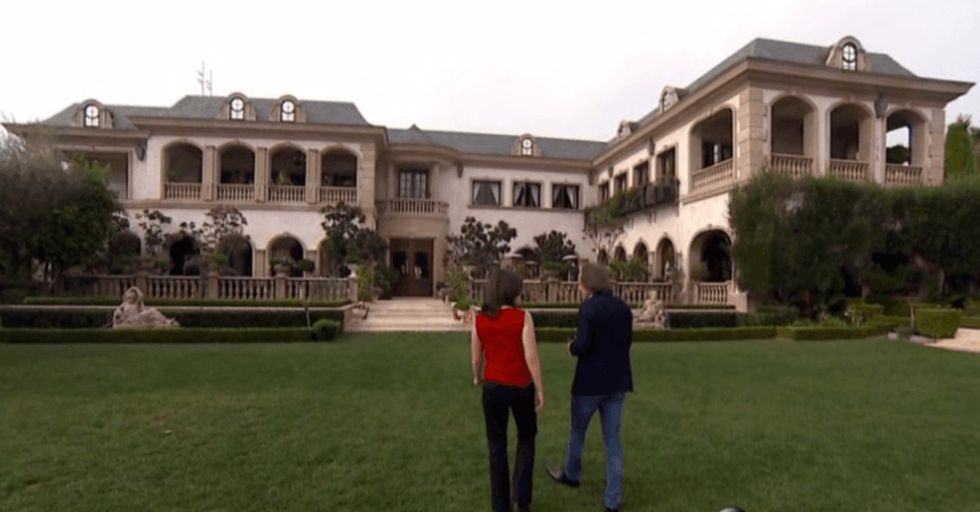 This article originally appeared on May 23, 2015

Inequality has gotten worse than you think.

An investigation by Hasan Minhaj of "The Daily Show" shows that the problem isn't just your classic case of "the rich get richer and the poor get poorer."

As much as we hear about wealth inequality these days, one disparity remains mostly ignored: the gap between the wealthy and the ridiculously wealthy.

Minhaj spoke to Richard Reeves, an economist with the Brookings Institute, who painted a dark picture:

All GIFs via Comedy Central.

And no one's paid any attention.

Between the cries of the 45.3 million people in poverty and a dwindling middle class inevery state, the voice of the average millionaire is all but drowned out.

But not all millionaires are worried about growing inequality in the top 1%.

In his search for a concerned millionaire, Minhaj met Morris Pearl, a retired investment banking director and member of an organization called The Patriotic Millionaires. Minhaj was baffled by what Pearl had to say:

What about trickle-down economics?

Trickle-down theory was popularized under Ronald Reagan's presidency. The idea was that clearing a path for the rich to make more money would spur more private investment, which would lead to more jobs and higher wages for all workers.

Reagan put trickle-down theory into practice in two basic ways: by lowering taxes for the wealthy and by freezing wages for the poor.

In 1981, he cut the top marginal income tax rate — which only applies to the highest-income households — from 70% to 50%. Then in 1986, he more than doubled-down by slashing the rate to 28%. (The current rate is 39.6%.) And under Reagan's leadership, the minimum wage was frozen, even as costs of living were rising.

Pearl and other so-called Patriotic Millionaires think top one-percenters like themselves should pay more taxes.

Not only that, they believe raising the minimum wage is critical to reducing inequality.

OK, maybe not everyone — including millionaires — are convinced that giving more money to the rich will fix the economy. So why do our policies do just the opposite?