5 quotes from Oprah's new series that will inspire you and start your week off right. 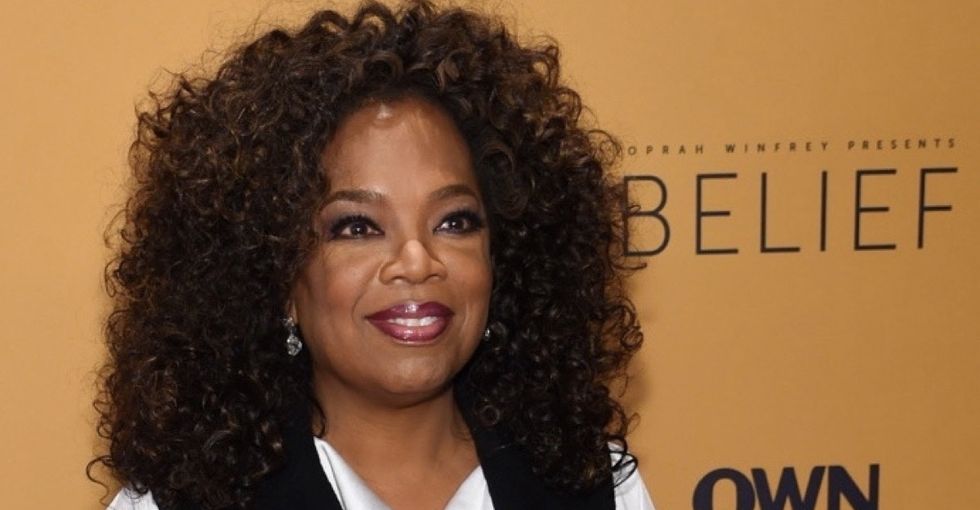 Two years ago, Oprah's fledgling TV network OWN was struggling with lackluster content, disappointing ratings, and quite a few critics.

But last night, OWN aired what is being hailed as a groundbreaking show, one that trended worldwide and garnered loads of critical acclaim.

How did Oprah turn the ship around?

As this quote from an interview with The Grio explains, she saw beyond the challenges to pursue her passion.

The result, which debuted last night, was the first episode of the seven-part docu-series "Belief."

The stunningly beautiful documentary explores faith and religious traditions around the world through compelling individual stories. Oprah paid for the series out of pocket when no one else believed in it. And she worked on it nonstop forthree years.

How inspiring is that? Now, sure, most of us don't have the luxury of investing millions of dollars in our dreams. And perhaps the fruits of our hard work won't be written about in The New York Times because, you know, we're not Oprah.

But, like Oprah, we can all approach each day with a commitment to finding passion in our lives. We can believe in our vision in the face of doubt. And we can use that creative momentum to make a difference in the world.

If that's not enough motivation for you, here are four quotes from last night's episode that just might give you the extra oomph you need to get up and win this week:

1. From Cha Cha, a 19-year-old college sophomore who looked for healing in her Christianity after being raped:

No matter what has happened to you, no matter how you feel, no matter how others tell you to feel about it, you are still beautiful. In fact, Beyoncé had it right. You are flawless. Period.

2. From Reshma, a 30-year-old Indian-American Chicagoan who traveled to find spiritual awakening through her native Hindu traditions:

Though traveling the world is certainly eye-opening, you don't have to travel the world to find what you need to be fulfilled and to thrive. You got this.

3. From Mendel, a 12-year-old Orthodox Jewish boy in Budapest, preparing for his bar mitzvah:

Sometimes you have to give up the old you — old habits, environments, comfort zones, relationships, ways of seeing yourself — in order to grow. It may be painful and new, but reaching the next level is worth it.

4. From Terry, a dying Aboriginal elder, passing on the last of his ancestors' traditions to his 11-year-old grandson.

We stand on the shoulders of giants. Remembering the stories of those who came before us can give us the identity, strength, and pride we need to survive whatever comes our way.

The "Belief" series, which airs every night this week through Saturday, Oct. 24, was so much more than motivating quotes.

Make sure to check it out. But in the meantime, let these quotes help you OWN (pun unapologetically intended) your own passion and dreams today.