Woman stumbles upon 'world's worst straight dude Tinder bio' and it's a doozy. 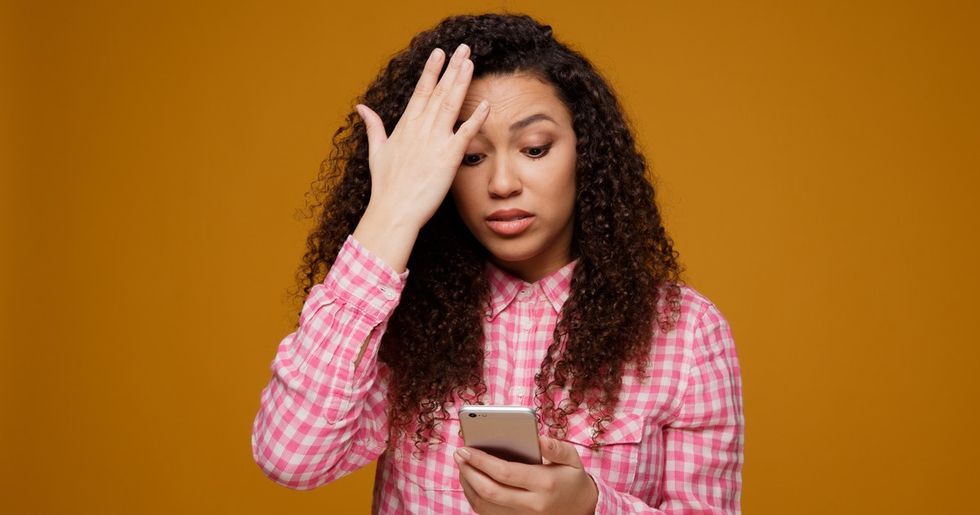 If you're a human with a pulse, you're no doubt familiar with the pitfalls of Tinder and similar dating apps.

Despite your attempts to use the service in good faith, there will always be other fish in the dating sea that spoil the experience — or at least memorably mar it.

The nightmare parade begins as you swipe through and learn how other people see themselves — or at least how they want others to see them. The short list of 'masculine' activities men claim to engage in — game day with my bros, Bloody Mary brunch with my bros, camping and pissing on trees with my bros — to woo the fairer sex becomes boring quickly.

Are you allergic to culture? Would it kill you to finish a book?!

Even worse, however, are the men whose bios contain offensively specific criteria for women.

Twitter user @TheDreamGhoul, who's worth following in her own right, unveiled what might be the 'worst straight dude tinder bio' ever this week. Let's just say I'm not interested in hearing about how 'annoying' your boyfriend is, Linda, when the waters are infested with sharks like these:

...was that not WILD? I'm not even short enough for this jamoke, and I'm short enough that I dated a 5'5" guy for seven months. He was lovely. If you're reading this: Hi Jere!

Anyway, this particular bio pierced the jaded, cynical shell of daters everywhere, who delivered some REACTIONS, honey. This man needs a religious woman who's also a 'freak in bed'! Gotta love that Madonna/Whore complex at work.

The verdict is in: this guy deserves to be forever alone.