Why Minecraft is the newest and coolest teaching tool in school. 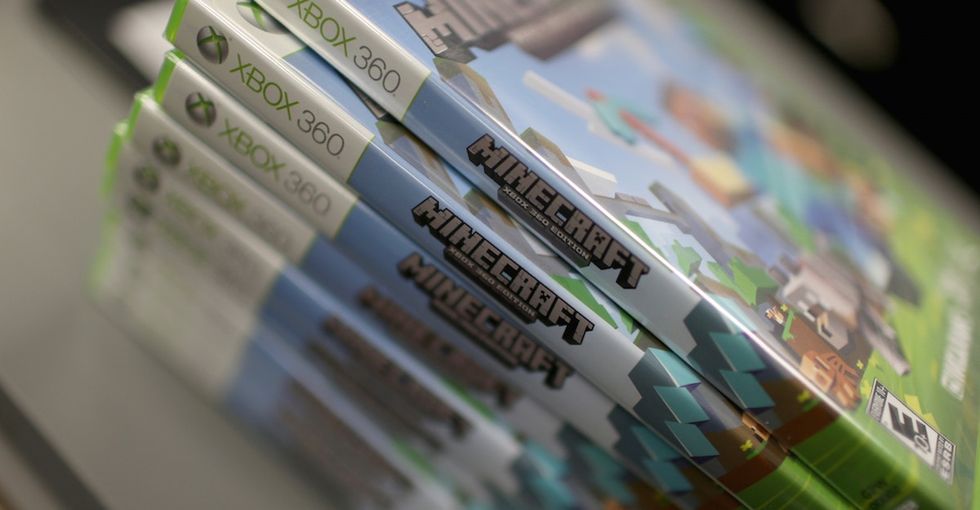 Have you ever heard of Minecraft?

If you haven't, don't worry — I had no clue what it was either until my 14-year-old brother showed it to me. It's a game that has become really popular in the past few years, and it looks kind of like Legos coming to life combined with The Sims.

In the game, you can build worlds, craft shelters, create tools, and go on missions. It's kind of old school but in a refreshing way. People love Minecraft for the same reason they loved The Sims: There aren't many rules, and you don't have to worry that someone hiding around the next corner might kill you and steal your ammo (... usually).

Minecraft might seem like just a sweet video game. But now it's being used as a teaching tool for kids, too.

Remember when "educational games" involved watching your pixelated family and livestock perish repeatedly on the Oregon Trail? Yeah, things have gotten a lot more sophisticated since then.

They're partnering with Connected Camps, an organization that offers game-based coding camps, to make it happen.

"These workshops move students beyond coding syntax and get them learning how [to] code robust, unique programs to solve complex problems," Tara Tiger Brown from LA Makerspace told Boing Boing.

That's right: Kids are learning to code programs and solving complex problems in elementary school. Is anyone else wishing they'd actually made progress on their New Year's resolution to complete Codecademy?

LA Makerspace wants young coders to rediscover the fun and adventure in learning, so they're using games that kids already love.

It's part of a bigger trend you've probably noticed lately: "gamification," which occurs when things like work, school, and exercise are turned into games. That's why some businesses are starting video game competitions. It's why my family does a weekly Fitbit challenge. And it's also behind some schools' decisions to put iPads and game apps in classrooms.

It's important to bring the fun back into learning because much of that gets lost in schools that are required to focus largely on standardized testing.

Anyway, back to the Minecraft coding camps.

To sweeten the deal even further, the organizers plan to bring high school and college students in as mentors for the kids, fighting back against youth unemployment in L.A.

The mentorship part of the program is important; studies have shown that having an older mentor they can trust could help keep kids out of trouble and in school.

The opportunity to learn how to code as a kid could be life-changing, too.

Students of color make up less than one-tenth of that 1% of students, so it's extra important for LA Makerspace and Connected Camps to launch this camp in underserved communities. Right now, about a quarter of their existing workshops are offered in places where half the families live below the poverty line.

Programs that teach underprivileged kids how to code might even be a great way to fix the diversity problem in tech.

This new project isn't a done deal yet, though. It's currently in the running for a competition to win $100,000, and they've made it to the top 10. They'll find out if they win by early December.

Check out the video about the program: