Why lawns are pretty much the worst, and what these Nebraskans are doing about it. 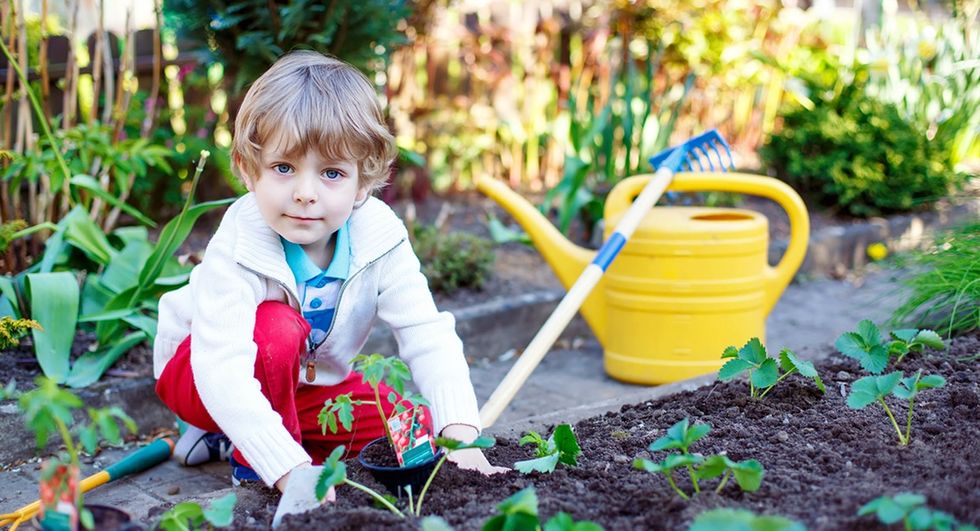 Have you ever thought about how much time and money you put into maintaining your lawn without getting anything back?

Grass lawns are so ubiquitous in America that they often — no pun intended — blend into the landscape. We rarely take time to consider how much of our personal and global resources lawns absorb — or why we even have them to begin with.

Lawns are actually an out-of-date cultural hangover from French aristocratic societies, a status symbol used to prove that one could afford to tend to a completely useless crop.

Though we rarely realize it, lawns are an exorbitant expense. The water consumption numbers alone are astronomical: The Environmental Protection Agency estimates that lawn care accounts for nearly 9 billion gallons of our national usage per day.  Beyond water, an average American spends 73 hours on lawn and garden care every year. We also spend about $40 billion on our lawns annually while spilling over 17 million gallons of fuel refilling our equipment and using almost 10 times more chemical pesticides per acre than farmers use on crops — nearly 80 million pounds a year. All of the effort we put into our lawns makes Americans some of the world's most fastidious farmers. We're obsessed with growing a crop that yields nothing.

In the Hawley neighborhood of Lincoln, Nebraska, one resident decided to do something about all of that wasted lawn space: He tore it up.

In 2009, Tim Rinne was having second thoughts about his grass lawn — and about the possibility of food scarcity as climate change intensifies. Relying entirely on his local grocery store for food made him uncomfortable, so he decided to take matters into his own hands.

"My wife and I converted our entire property into an edible landscape. We got rid of every blade of grass and planted it with edibles or pollinator-friendly flowers," says Rinne.

After some trial and error ("a lot of it," Rinne laughs), the couple was growing potatoes, strawberries, peas, and lettuce in their home garden. They then decided to purchase two foreclosed properties on their block to expand their efforts. Thus, their new communal gardening project (affectionately dubbed the "Hawley Hamlet" after the neighborhood's name) was born.

Nearly 10 years later, more than 20 families have vegetable plots in their own yards and contribute to the community fruit plots on the Rinnes' shared property.

Hawley Hamlet is proof that edible landscaping is something anyone can do.

When asked for his best advice to those considering growing edible plants, Rinne says simply: "Start. Just get out there and try."

Even if you're not quite ready to tear up your entire lawn and go full-food on it, cordoning off a small section of your property to try your hand at an edible landscape can be just as rewarding. "Plant potatoes," says Rinne. "Just stick them in the ground and they'll grow." Or you can plant red lettuce, which thrives easily and will blend right in with the rest of the decorative plants in your front yard. "And it looks beautiful in the bowl!"

In Hawley, every trial and error along the way helped bring residents together to try something new, which was its own reward. As for making mistakes, Rinne recommends doing a modicum of research before getting started to find out what will grow best in your area. "But then again," he says, "that is why there are instructions on the seed packages."

If sustainable gardening isn't your thing, there are alternatives to lawns that require significantly fewer resources and are much friendlier to the environment than grass.

Switching a grass yard for an edible garden repurposes lawn maintenance efforts for crops that produce food. But you can also replace grass with landscaping that requires almost no maintenance. Xeriscaping is outfitting a yard with non-grass plants that subsist on very little water or even on rainfall alone.

Succulents and other dry-weather plants can be interspersed with decorative rocks as a water-efficient alternative to grass lawns. Photo by Tom Hilton/Flickr.

As spring approaches, it's time to turn a critical eye on our own lawns.

For decades, Americans have accepted lawns as part of suburban life simply because it is what we've always known. But as our climate continues to change and we're required to change with it, it may be time to bid goodbye to our backyards as we know them. As Hawley Hamlet has shown, there's a fun, energy-efficient alternative waiting for us just as soon as we're willing to give it a shot.