While Trump is retreating on climate, Volvo just made a bold move away from oil. 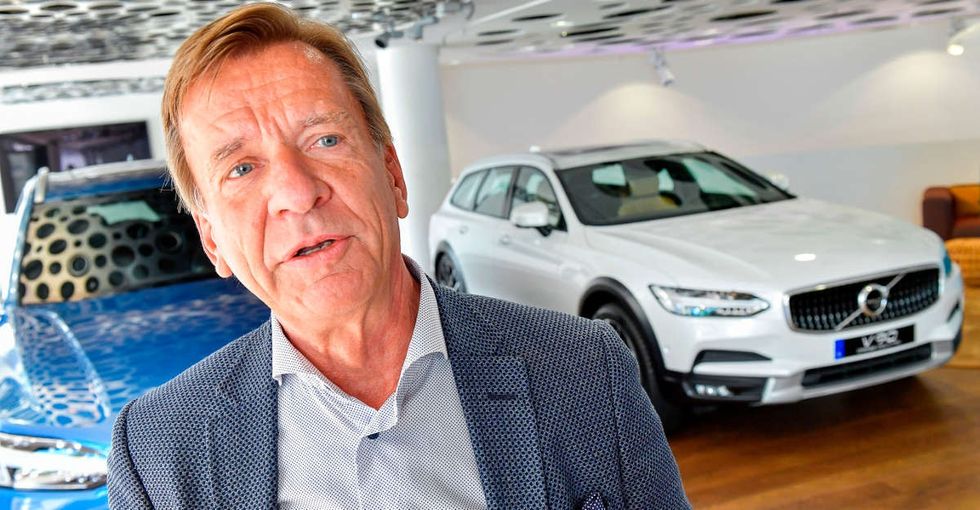 Once preferred by sushi-eating, latte-drinking Hollywood-loving elitists, much like sushi, lattes, and Hollywood, they've now gone mainstream. U.S. sales of the Chinese-owned, Swedish-made vehicles grew by 18% last year, thanks to the most American of car models, an SUV (the popular XC90).

If all goes according to plan, they're about to get a whole lot cleaner.

The company intends to make all new models introduced from 2019 on either hybrid or fully electric, according to a Wall Street Journal report.

In a statement, Volvo Cars CEO Håkan Samuelsson heralded the move as "the end of the solely combustion engine-powered car."

While bombastic predictions from top executives about their company's impact might not be anything new, the commitment to transitioning away from pure fossil fuel power is.

While efforts to combat climate change have had a rough few months, many companies are continuing to plug along with efforts to limit emissions.

On June 1, 2017, President Donald Trump announced the U.S. would withdraw from the Paris Climate Agreement. Meanwhile, the EPA continues to attempt to delay implementation of methane emission regulations and reduce global warming to a matter of debate.

Meanwhile, not only is Volvo seeing green in a transition to green, several major oil companies, including ExxonMobil, recently announced support for a carbon tax, and utilities across the country are accelerating their push to incorporate more renewables.

With the world's second-biggest polluter essentially giving companies a run on the emissions store, the fact that much of private industry is saying, "Eh, we're good," is a hopeful signal.

Despite its lefty rep, Volvo isn't doing this solely out of concern that emissions are devitalizing the dawn aura of Mother Gaia.

The luxury carmaker faces competition from companies like Tesla, whose Model 3 is expected to start at $35,000, a still-expensive-but-way-more-affordable-than-previous-Teslas price point.

In a weird way, the cynicism of the move is perhaps the most encouraging sign of all.

It might feel icky to see saving the Earth reduced to cold capitalist calculus.

Still, absent a quickie smashing o' the industrialist class hegemony, if a major car company believes there's money to be made in transitioning away from fossil fuels, so much the better.

The fossil fuels might be going away. Thankfully, the cupholders for your grande skinny soy aren't.