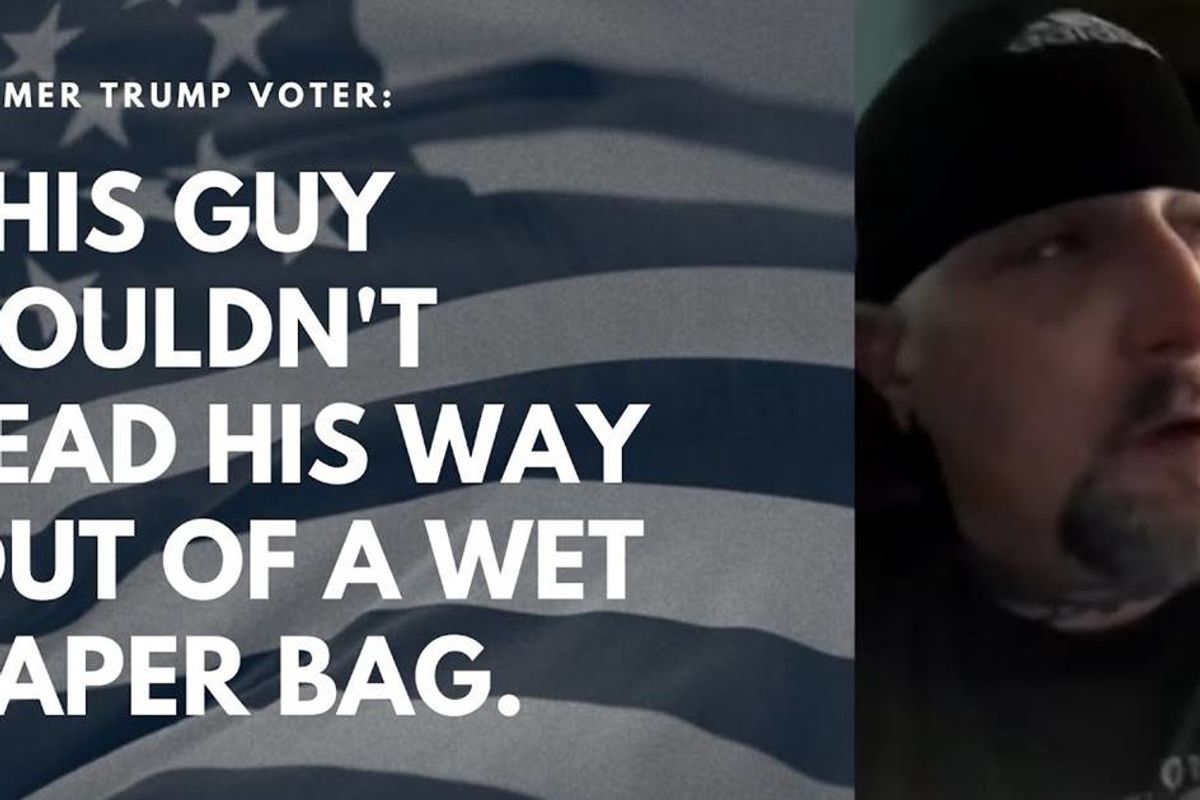 via Republican Voters Against Trump

A video posted to Twitter by Republican Voters Against Trump has received over 2.6 million views because it shows the exhaustion we're all feeling with President Trump at this point.

In the video, Jeffrey Farmer of Mendon, Massachusetts, gives a weary explanation of why he's not voting for Tump a second time. "I can't take this anymore, this guy, he's like a Tasmanian devil," he says. "He frickin', he just throws bombs everywhere, people can't even keep up with the stuff that he's saying now."

Jeffrey wants to send his kids back to school and the economy to be great. But he's worried because he has autoimmune diseases.

"This guy couldn't lead frickin' his way out of a frickin' wet paper bag," he said. "I'm voting for Joe Biden."

Farmer closes the video by telling Trump to "shut the fuck up for once," and gives him the finger.

The video has been so popular the Republican Voters Against Trump released a second, longer video with Jeffrey's entire statement.

MUST WATCH - Jeffrey voted for Trump, but now he has some choice words for him... www.youtube.com

From Your Site Articles
Related Articles Around the Web
2020
popular