This woman is going to schools with the man who nearly killed her in a remarkable display of forgiveness. 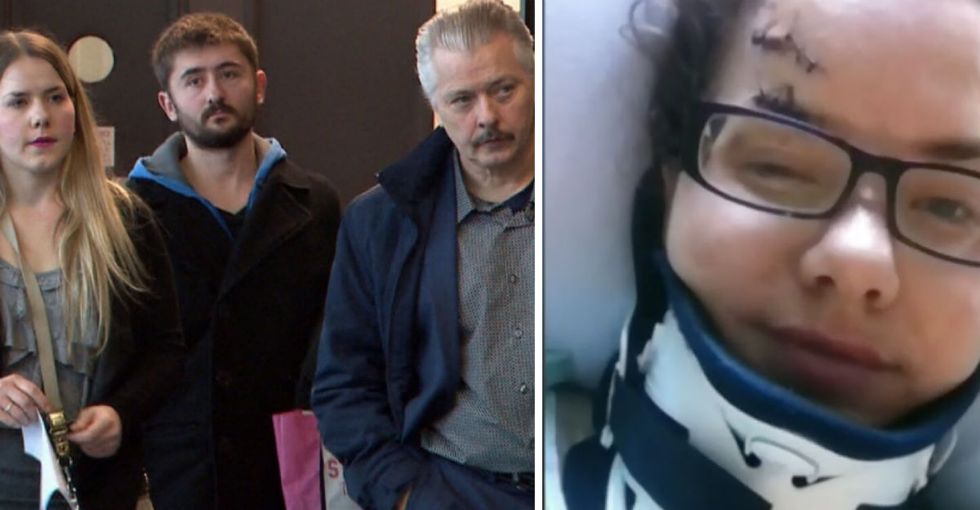 Tina Adams planned to be a police officer, but that dream was taken away from her when she went for a jog in June of 2015 near her home in Montreal.

Adams was hit by a car driven by Jordan Taylor, who was impaired at the time. The car swerved off the road, hitting Adams. It also struck a pole and caught fire.

Adams may never be able to have children as a result of her injuries. “I’ve undergone 19 surgeries and I live through pain and suffering every single day,” Adams told CTV Montreal. “Not only has he impacted the last three and half years, but the rest of my life.”

Adams, who once feared she would never walk again, has since recovered, but not to her full capacity. She is able to practice Cross Fit and returned to school at John Abbot College. "My early adulthood was completely taken from me," said Adams during Taylor’s sentencing. "My life will never be what I expected it to be."

But when Adams faced the man who was responsible for her state at his sentencing, she shocked the court by turning to Taylor and forgiving him for his actions.

In court, Taylor expressed remorse for his actions. "I made a big mistake to drive my car that day, and I'll never forget how much this hurt you, Tina," said Taylor when he was finally able to speak to Adams since the incident three years prior. He has been prohibited from communicating with Adams.

As a further shock, Adams then asked Taylor for his help. Since the accident, Adams has become an advocate for road safety. Adams travels to schools to speak about her experiences and educates on the dangers of impaired driving.  Adams asked Taylor if he would join her, helping her educate others.

“I think it would make a huge impact on students in schools,” said Adams. “When I’m speaking it has a really big impact, and I’m sure with also the guy who did this to me it will have an even bigger impact.”

Adams had said she wanted to ask Taylor to accompany her on her mission, however she needed to see if he was remorseful regarding his actions. “I’m hoping he really did learn from what he did to me,” said Adams. And now, others will, too.