This man may have saved the world from nuclear war. His story is a heart-pumper. 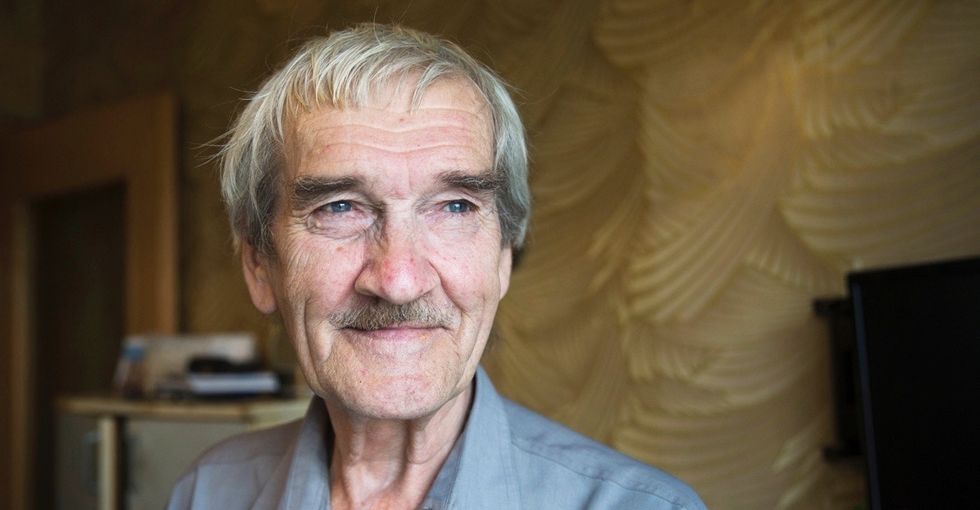 It's being reported that Stanislav Petrov passed away earlier this year. He was 77.

And even if you don't know who Petrov was, he might be the reason you're alive today.

Petrov in 2015. Photo from Pavel Golovkin/AP.

In the 1980s, Petrov was a lieutenant colonel in the Soviet Union's Air Defense Forces. He was in charge of watching the computers at one of the Soviety Union's nuclear early warning centers. If the Americans wanted to start a nuclear war, Petrov would be one of the first to know.

At this time, the United States and the Soviet Union were embroiled in the Cold War. Each had stockpiled tens of thousands of nuclear weapons and a nuclear war, though horrific, often seemed imminent.

Suddenly, in the early morning of Sept. 26, 1983, a siren started to scream. If Petrov's computer was to be believed, the Americans had just attacked the Soviet Union.

The word "LAUNCH" appeared in bold red letters across Petrov's computer's screen. Then it happened again and again — five missiles in all.

Petrov need to react. If a nuclear attack really was incoming, the Soviets only had a few minutes to save themselves and launch a nuclear counter attack of their own.

It was Petrov's job, his duty, to alert his superiors — but something seemed off.

Petrov sat there, trying to figure out what to do. If the Americans were attacking, why were there only six bombs? Why not the thousands they were capable of? Why weren't there corroborating reports from ground radar? Plus this particular computer system was new and unproven. It could be a malfunction.

Did Petrov really think this was enough evidence to potentially start a full-scale nuclear exchange? Kill millions of people? It was a heavy weight to bear.

"Nobody would be able to correct my mistake if I had made one," Petrov later told the BBC.

After a few pregnant minutes, Petrov made his decision.

He picked up the phone and, though he couldn't know for sure, told his superiors it was a false alarm. His level-headed thinking may have saved millions of lives.

He was right. It was a malfunction.

For his efforts, Petrov's reward would be a long time coming. In the immediate aftermath, he actually got reprimanded by his superiors. It wouldn't be until after the fall of the Soviet Union that the world learned just how close we all came to destruction and the one man who saved it.

Petrov reportedly died on May 19 this year in a home outside Moscow. The news was not widely reported until now.

If you want to hear Petrov describe the incident in his own words, check out this interview with Petrov from the BBC.