This body-positive, fabulously queer music video has a critical message behind it. 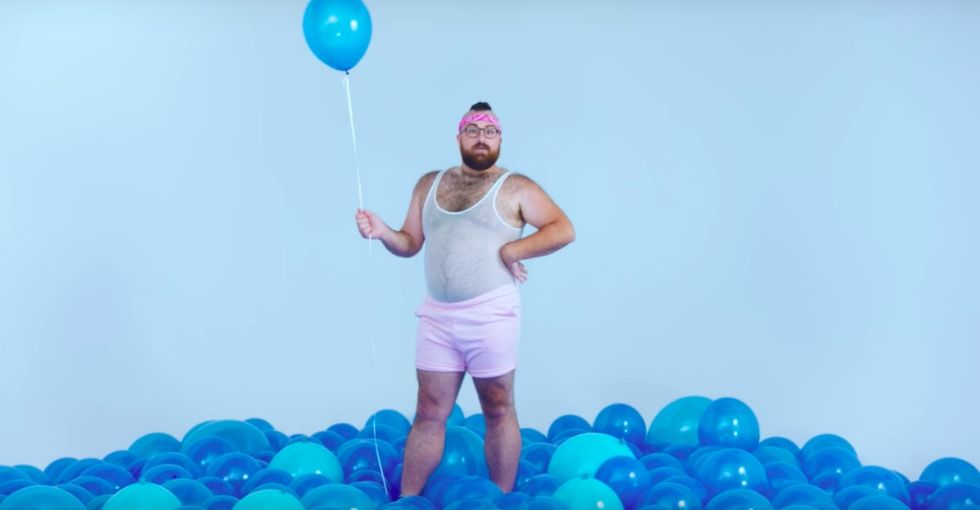 There's a new super queer, bright, and merry music video you won't be able to watch without smiling and singing along.

It happens to be all about preventing HIV, too.

The song, brought to you by the team at Chicago's Howard Brown Health, is aptly called "Let's Talk About PrEP."

Based off Salt-N-Pepa's original bop, "Let's Talk About Sex," Howard Brown's version aims to inform viewers about the benefits of accessing PrEP (or Pre-exposure prophylaxis) — a medication that, if taken daily, drastically reduces the chance of HIV transmission.

Who knew a song about sexual health could be so damn delightful?

"We need to talk about PrEP and HIV in our community," Ortiz says in a statement given to Upworthy.

"When we talk to our partners and our loved ones about sexual health, we are eliminating stigma," says Ortiz, who is transgender.

First approved by the FDA in 2012, PrEP has become a critical component in combating the spread of HIV. Many health providers and LGBTQ advocacy groups have made growing awareness and expanding PrEP access a priority throughout the past six years. Howard Brown, for instance, is one of the nation's leading prescribers of the medication, accounting for roughly 10% of all PrEP prescriptions in the U.S., according to CEO David Munar.

Some obstacles stand in the way, though.

Truvada, the drug's brand name, has surged in price since 2012, alarming health officials who are aiming to get the medication into more hands.

"We have the most effective tool for ending the HIV epidemic, and one reason we're unable to scale up is because it costs so [much] unnecessarily," James Krellenstein of advocacy group ACT UP New York told NPR in June.

While PrEP remains free or at low-cost for many, a larger share of the price tag continues being shifted onto patients' shoulders, making the medication inaccessible for those most at-risk of HIV infection — namely, low-income people of color in the LGBTQ community.

Still, we have the opportunity to end HIV/AIDS once and for all.

"We are on the precipice of an HIV-free generation," says Erik Roldan, director of communications for Howard Brown. "And PrEP is one of the tools we need to get us there."

We need to talk about PrEP (baby), and continue getting it into the hands of those who need it most.

Want to learn more about PrEP? Get info on how it works and where you can access the medication in your area at the CDC website.