As a kid, she was always in hospitals. Now she's helping other sick kids feel cozy. 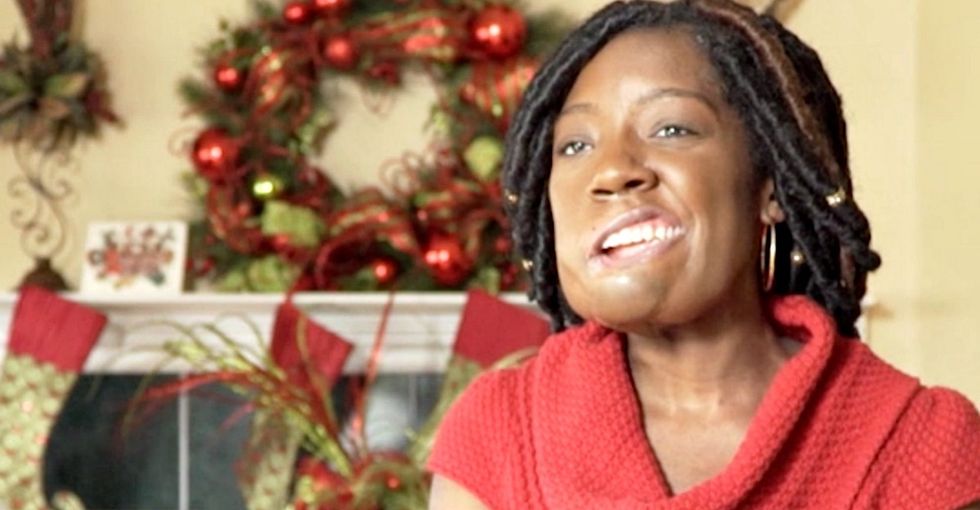 Pajamas can help us feel warm, comfortable, and safe, no matter how we're feeling physically. It would make sense for kids to get them when they're in the hospital — but most don't.

Jaz Gray certainly didn't, even though she was a hospital regular as a kid, having been born with one of the rarest vascular anomalies in the world.

It's called an arteriovenous malformation, which is basically a tangle of blood vessels connecting arteries and veins. While they most often form in the brain or spine, Gray's is on her jaw.

The anomaly caused her to have over 40 surgeries across 20 years, many of which occurred when she was a child. As a result, there was a period of time when she was spending almost every holiday in the hospital, which, needless to say, wasn't fun.

But one of the things she particularly disliked were the basic hospital gowns she had to wear.

"I remember being a kid in the hospital having to put on those black and white hospital gowns, and I was so ashamed because my behind was sticking out the back," Gray says.

As a high school senior, Gray decided to start an organization dedicated to giving kids in hospitals pajamas.

She named it Jaz's Jammies.

Gray wanted to help give back a sense of comfort and normalcy to kids who no doubt are going through something difficult.

It may sound like a small thing, but getting to wear regular pajamas while in a strange, sometimes scary place like a hospital can make all the difference.

"Pajamas are something that probably many of us take for granted," Gray says.

Not only do they help kids feel cozy, but since they come in so many colors and patterns, they're a form of expression. When kids are stuck in the hospital, getting to choose a unique set of pajamas helps remind them that they're special.

A child in a hospital getting pajamas.

They even host what they call "pajama parties" so kids can pick out their own pajamas just as if they were shopping in a store.

And the experience is as much of a gift for the parents as it is for the kids. Seeing their kids get excited over picking new pajamas after dealing with perhaps many tense moments brings about a next level kind of joy.

"To have parents walk up to us and say 'Thank you. You don’t know how much this means' — it’s an amazing experience," says Erika Maclin, a Jaz's Jammies volunteer.

The volunteers, young and old, receive the greatest gift of all — the knowledge that they're making a kid's life better.

For Gray, seeing how proud people get after they've helped put on a Jaz's Jammies drive lets her know she's doing something right.

Gray giving a presentation on Jaz's Jammies at a school.

"That’s where you can really see the power," Gray says.

Jaz's Jammies is truly a community effort and would not have achieved as much as it has in the last decade if it weren't for all the people who believe in its mission.

And it wouldn't be a reality at all if Gray hadn't gone through what she did as a child. So, in a way, she's grateful for her hardship.

Gray put it succinctly: "There’s a rainbow in every storm."

Help for the Holiday's: Jaz's Jammies

After spending much of her life in a hospital, she's bringing cozy pajamas to children who are struggling the way she did.