Ryan is an amazing dancer — he started when he was 4. But his story has another character: his mom. 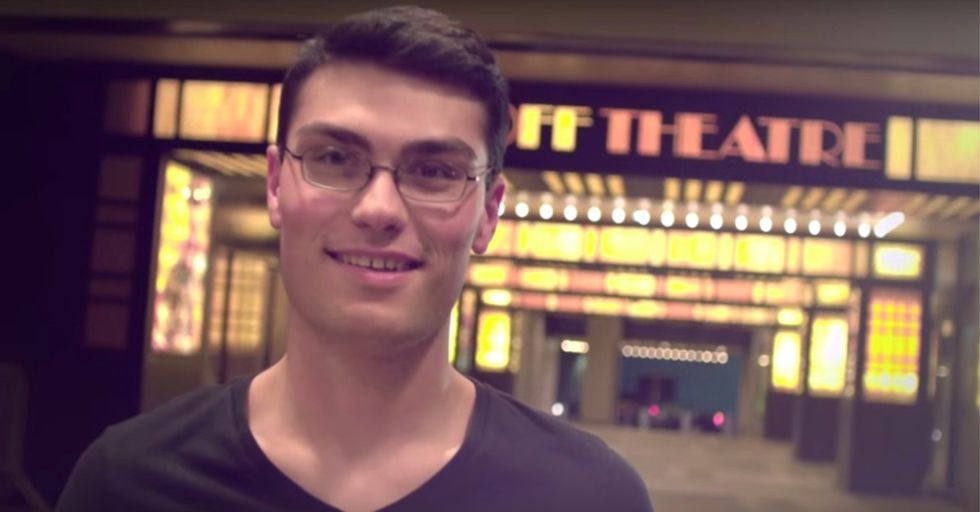 When Ryan was 4 years old, he started dancing — and he loved it.

"I love dancing because it is a different language of expression like no other," he explains now. "Choreographers ... are brilliant storytellers."

As a kid, he knew dancing wasn't the "in" thing to do. He'd tell people he dreamed of being on Broadway, and sometimes they'd make nasty comments.

One day when Ryan was young, he asked, "Is it wrong for me to want to dance?"

But his mom Diane was always on his side. One day when Ryan was young, he asked, "Is it wrong for me to want to dance?"

Diane's been part of Ryan's story every step of the way: taking him to dance practices, watching every show, supporting his dreams in every way possible.

Diane and Ryan when he was a kid. Image via Wyndham Rewards.

And their dedication has certainly paid off — here's a look at the two of them before Ryan's recent one-night-only performance on Broadway.

Ryan is so proud that his hard work is paying off ... but he also knows he's still got a long way to go.

Ryan's performance on Broadway was part of The National High School Musical Theatre Awards (the "Jimmy Awards"). The Jimmys — named for Broadway theater owner and producer James M. Nederlander — celebrate outstanding student achievement in musical theater. Finalists get to perform on Broadway for a night, and many participants receive merit awards and college scholarships.

The Jimmy Awards recognize the best existing local arts programs, but they have also helped revitalize a passion for the arts in schools across the country. After all, who could pass up a shot at Broadway?

"The Jimmys is certainly a dream for a senior in high school, but my dream and goal for the future is to have a successful career in musical theater."

Needless to say, being a finalist in the Jimmys is a huge deal. And such an exhilarating experience. Ryan says, "getting that one night at The Minskoff Theatre was pretty special, and it's something I will forever be grateful for."

But he's not stopping there.

Ryan performs in a dance recital at a young age. Image via Wyndham Rewards.

Because for Ryan, dancing isn't just about making it to Broadway for a night. It's about being able to spend his life pursuing what he loves.

"The Jimmys is certainly a dream for a senior in high school," says Ryan, "but my dream and goal for the future is to have a successful career in musical theater."

He aspires to move his audience through dance — the same way that today's performers have moved him.

Ryan doing what he loves most: performing. Image via Wyndham Rewards.

Sure, it's always good to aim higher and dream bigger. But Diane, for one, couldn't be more proud of where Ryan is today.

Describing the night Ryan performed at the Jimmys, she says, "When he started singing ... well it was like a surreal moment in time, and no one and nothing else existed but that moment."

Of course, it takes more than one awesome mom to revitalize the arts in schools. Support the arts! Every kid who loves to dance deserves a shot like Ryan.