Leslie Jones couldn't get a dress for her 'Ghostbusters' premiere, so she took to Twitter.

The 'SNL' star was turned down by multiple designers before getting a yes. 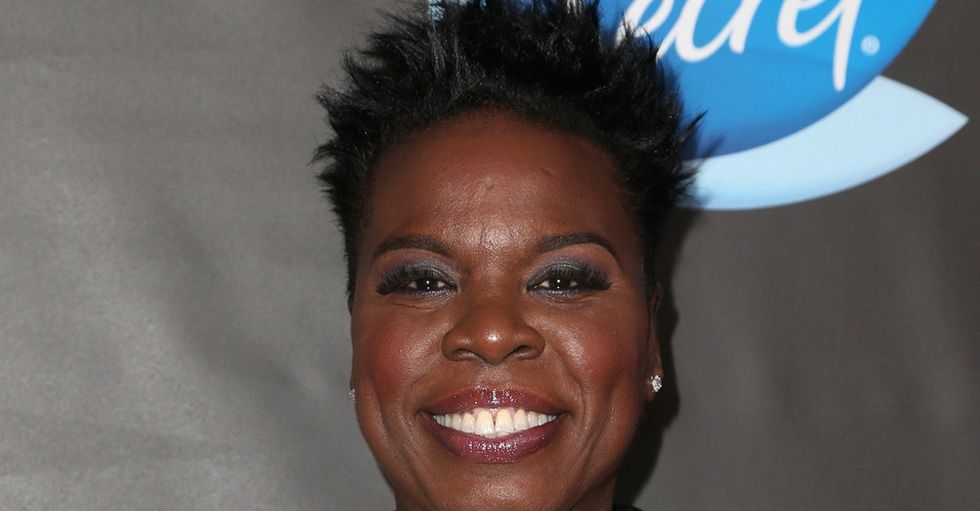 The 48-year-old comic has some serious Hollywood experience, too. She’s been doing comedy since she was in college, she stars in the all-female version of "Ghostbusters," and her recent rise to stardom on "Saturday Night Live" has made her a household name.

Yet, somehow, the comedian couldn't get a dress made for her own premiere party.

She was (validly) frustrated, so she took to Twitter about her struggle to find someone to design a high fashion dress for her to wear at the "Ghostbusters" premiere.

Her tweet caught the eyes of designer Christian Siriano, a former winner on "Project Runway."

“I love Leslie and can’t wait to make her something fabulous to wear. I dress and support women of all ages and sizes,” Siriano told Time in an e-mail.

Siriano is known for his body-positive designs, so his offer to work with Jones isn't surprising. He has created dresses for actresses Danielle Brooks and Christina Hendricks, and he also has a line at clothing store Lane Bryant.

As it turns out, Jones' situation is unfortunately pretty common for Hollywood's women of color and plus-sized women.

It's a problem that Siriano alone can't solve. For many Hollywood women who don't fit the bill of what society deems "worthy of high fashion," finding someone to design a dress for big events can be near impossible.

Singer/songwriter Beyoncé spoke about those challenges when accepting an award at the Council of Fashion Designers of American Awards:

"Starting out in Destiny’s Child, high-end labels didn’t really want to dress four black country curvy girls, and we couldn’t afford designer dresses and couture. My mother was rejected from every showroom in New York. But like my grandmother, she used her talent and her creativity to give her children their dreams."

The problem has been called out by other women, too. Actress Melissa McCarthy was forced to ask five or six designers to design an Oscars dress for her until finally getting a yes, a ridiculous task for someone going to a show to be celebrated.

The problem doesn't just exist for awards shows either. From being heavily clothed on a magazine cover to being called "less classically beautiful," many women have long been treated as though they are not beautiful enough.

Jones' reaction was brave and important. And it also called attention to something else:

If fashion industry leaders don’t start listening to the outcries of the women they’re ignoring, those women may stop supporting their work.

And if those women stop supporting their work, others may follow.

With more folks like Christian Siriano stepping up, we’re a few steps closer to creating a more inclusive industry. Plus, fashion bloggers like Gabi Fresh and Nicolette Mason are making waves in the industry, and recent campaigns like the JCPenny's #HereIAm (which celebrates plus-sized women) have been highly regarded.

So maybe — just maybe! — we’re headed to place where a variety of body types are visible and accepted in Hollywood. Thanks for standing strong, Leslie. Can't wait to see your dress!