How did Oregon fare in its first week of recreational pot sales? These photos tell the story. 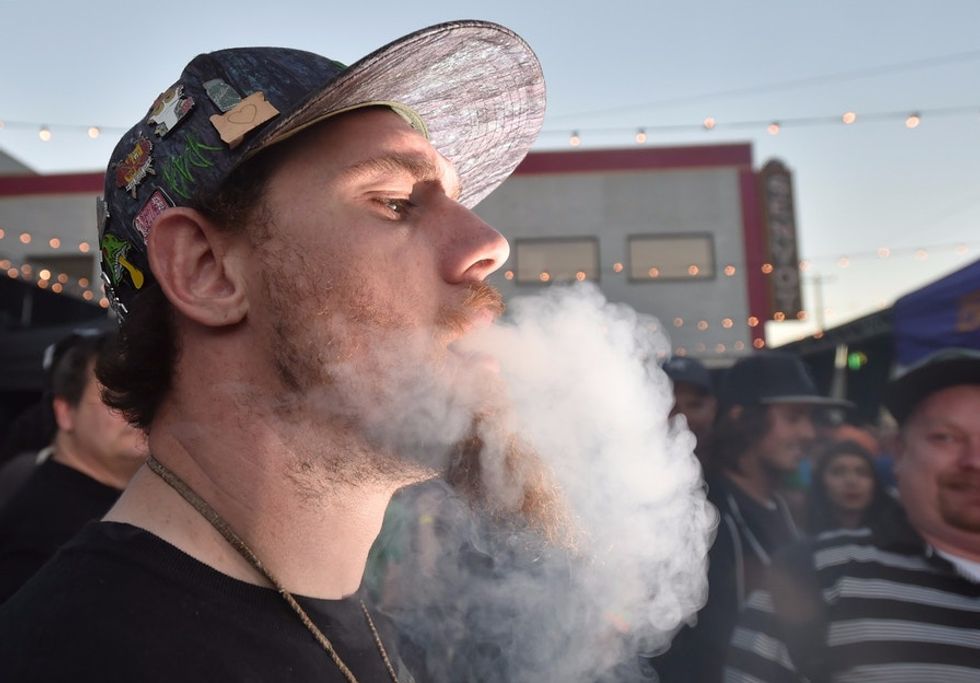 The state of Oregon just had its first week of legal recreational cannabis sales.

And from the looks of it, people are in fantastic spirits.

Photojournalist Josh Edelson was on the scene during the historic week. Here's what I learned from some what he captured.

Here's one called Farma. It's right next to a restaurant. Like a real store!

All photos by Josh Edelson/AFP/Getty Images.

As long as you have an ID showing you're 21 or older, you can just walk right in off the street.

Look at Oregon's Finest, with its wood and jars and the absence of security glass and armed guards.

Buying weed in the Beaver State is turning into a proper customer experience.

You can casually stroll through shops, browsing a variety of products.

You can visually inspect different types of cannabis. I mean, you can really get in there.

You can even smell-test different strains to sniff out something that suits your fancy.

And like a good customer experience, Oregon's dispensaries offer something for everyone.

From your standard bud...

...to edibles for the smoke averse (although these are only available if you have a valid Oregon Medical Marijuana Program ID card).

And once you've settled on a product, you can rest assured that you're getting your money's worth. They'll weigh it, package it, and send you on your way in no time.

With $11 million in revenue in the first week alone, it's hard to argue Oregonian voters made a bad economic decision.

According to KGW Portland, "That figure could mean the state's estimate is shockingly low for how much money it'll make when pot taxes kick in this January."

Part of the reason is because cannabis has a diverse customer base. It's not just your usual suspects.

It's not just men.

It's not just women.

It's not even just young people.

"Obviously, we're seeing a young crowd," one worker at a dispensary called Freshbuds told KGW. "But we're also seeing people in their 50s and 60s that would never have bought the product if it wasn't legal."

All Oregon residents, whether they toke or not, stand to benefit from the harvest.

When voters approved the ballot measure legalizing recreational cannabis, the state estimated it would bring in $9 million in taxes and fees. But the Oregon Retail Cannabis Association thinks the industry could generate three to four times as much.

And tax revenues from cannabis sales are earmarked for schools (40%), mental health services (20%), law enforcement (35%), and the state health authority (5%).

Legalizing cannabis is more than just a tax win.

It is, to be sure, a tax win. According to Huffington Post, Colorado and Washington, the "pioneer pot states," made at least $200 million in their first year. But if that doesn't sway you in the way of the weed, think about it like this:

It's also a matter of freedom. The freedom of access to a medicine with tons of health applications and from the fear that your life will implode because you wanted or needed it.

If there are two things this country's all about, they're freedom and money. So here's hoping more states follow. Because they only have something to gain from it.