He's an accomplished actor. He has autism. His castmates usually never find out.

For actor Mickey Rowe, off-stage is where the real performance happens. 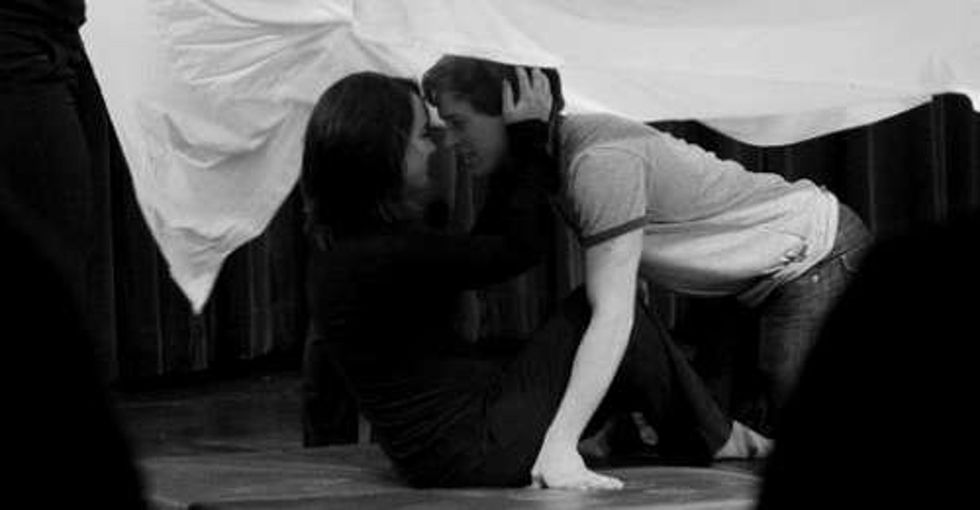 "Until I learned otherwise, I thought everybody was like me."

Mickey Rowe is an accomplished actor. He's performed Shakespeare, musicals, and children's theater all across America. He ran a successful nonprofit theater company in Seattle.

And he is autistic.

"There is a tension between everything that I am and everything that might be conventional for an actor," Rowe writes on the theater blog HowlRound. "This is the same tension that makes incredible theatre."

From the very beginning, acting felt like the natural outgrowth of Rowe's everyday lived experience.

"Autistics use scripts every day," Rowe writes. "We use scripting for daily situations that we can predict the outcome of, and stick to those scripts."

"I would guess that there are 10,000 neurotypical roles for every one neurodiverse role, so if I only played disabled characters I just wouldn't be able to work professionally as an actor."

Navigating the difficult, fiercely competitive world of acting is trying even for seasoned, veteran performers. But it can be next to impossible for someone like Rowe when the ability to make small talk can be as important as talent, and coming across as "weird" or "different" can be the difference between landing or not landing a role.

"I ... have not been open about my disability at most of the places I have worked," Rowe admitted when I spoke with him via email. "I have just secretly made the accommodations that I needed."

Every time he gets a new job, Rowe has to decide whether to reveal his identity to his castmates and collaborators.

Most of the time, he chooses not to.

"I think on a personal level for me it is much better to keep these things secret, to stay in the closet about them. But to change the culture and create more accessibility and inclusivity, as well as remove stigmas, people with invisible disabilities have to come out in careful, tactful ways," Rowe wrote in his email.

There are precious few disabled characters on stage and on screen. Thankfully, there's change on the horizon.

"The Curious Incident of the Dog in the Night-Time," which features an autistic protagonist, just cleaned up at the 2015 Tony Awards.

Putting a "neurodiverse" character front and center in a major, critically acclaimed Broadway show is a huge step forward. But the character in "Curious Incident" was played by a non-autistic actor, as is the case in most plays and films where characters with disabilities and other disorders are played by non-disabled/"neurotypical" actors.

Fortunately for Rowe, his ability to hide his autism allows him to play more traditional neurotypical roles.

"I would guess that there are 10,000 neurotypical roles for every one neurodiverse role, so if I only played disabled characters I just wouldn't be able to work professionally as an actor. Which is fine. It's beautiful getting to play every different character."

Unfortunately, many actors with autism and physical or other disabilities — especially those who are unable to disguise them — are not so lucky.

For his part, Rowe is jazzed about the success of "Curious Incident," and he's hopeful.

"I think that the show has really done a lot to open people's minds to people who think differently," Rowe wrote to me. "I think 'The Curious Incident of the Dog in the Night-time' has done beyond a beautiful job with what they have. It's a bold and inspiring decision to produce a story narrated by an autistic character. I can't wait to see where the show and the narrative of Autism Spectrum Disorder goes in the future."

Hopefully the continued success of "Curious Incident" will create not only more room for diverse characters like Christopher on stage but more opportunities for actors like Mickey as well.

Not just to perform. But to perform openly. Without fear. As their true, whole selves.