Here are 5 things you may regret at the end of your life, from a nurse who works with the dying.

If you had a crystal ball to see what you'd regret as you were dying, would you make changes now? 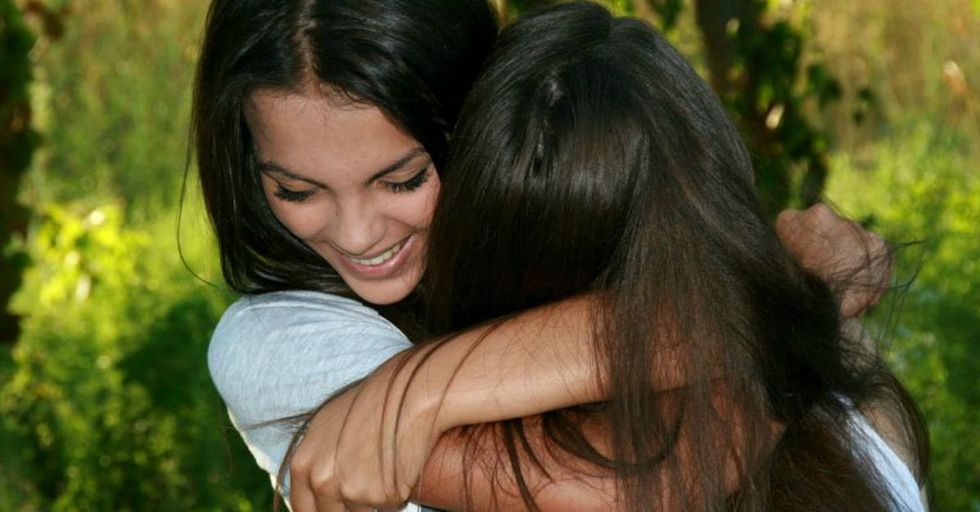 You might think watching people die would depress a person. It actually taught her how to live.

Bronnie Ware spent years as a palliative care nurse, helping patients be as comfortable as possible in the time just before their deaths. She compiled their stories and the most repeated regrets she heard them utter in their final days.

Do you ever imagine what the final years and months and days of your life will be like?

Shared originally on her blog, " Inspiration and Chai," here are the top five regrets, with quotes from her blog as she recorded them.

Regret #1: I wish I'd had the courage to live a life true to myself, not the life others expected of me.

Look at yourself in the mirror. Are you living your best life right now? What's stopping you?

Dreaming of living a different life than the one you have now? Image by Jorge Royan.

"This was the most common regret of all. When people realise that their life is almost over and look back clearly on it, it is easy to see how many dreams have gone unfulfilled. Most people had not honoured even a half of their dreams and had to die knowing that it was due to choices they had made, or not made. Health brings a freedom very few realise, until they no longer have it." — Bronnie Ware

This one speaks for itself.

That desk looks like instant stress before the workday has even started. Image by Alan Cleaver/Flickr.

Regret #3: I wish I'd had the courage to express my feelings.

What if getting the words out is essential to your growth as a human?

Feelings aren't just useless emotions. Expressing them can be the first step to self-actuating and becoming a newer version of yourself. Image by Garry Knight/Flickr.

"Many people suppressed their feelings in order to keep peace with others. As a result, they settled for a mediocre existence and never became who they were truly capable of becoming." — Bronnie Ware

Regret #4: I wish I had stayed in touch with my friends.

Is there someone you treasure who you haven't spoken with in much too long?

They're so important to us and somehow we think that "life" getting in the way is a good enough reason to go without seeing them. Image by Jason Hutchens.

"Everyone misses their friends when they are dying." — Bronnie Ware

Regret #5: I wish that I had let myself be happier.

If you didn't wake up joyful today, why not? What can you do to change that?

Who was the last person you giggled ridiculously with? Call them. Right now. Image by Adina Voicu.

"This is a surprisingly common one. Many did not realise until the end that happiness is a choice. They had stayed stuck in old patterns and habits. The so-called 'comfort' of familiarity overflowed into their emotions, as well as their physical lives. Fear of change had them pretending to others, and to their selves, that they were content, when deep within, they longed to laugh properly and have silliness in their life again." — Bronnie Ware

Were there any regrets on this list that felt familiar to you? Others that you didn't see listed?

These are five universal wake-up calls we all need to be reminded of. There's no shame in tagging all the friends you need to call when you share this.

From Your Site Articles
Related Articles Around the Web
pets
Get stories worth sharing delivered to your inbox
By signing up you agree to Upworthy's privacy policy.
Trending Stories
family
Well Being

A woman wrongly accused a man of stealing her friend's car. His response is a must-see