He was ready to return to a life of crime. Dave's Killer Bread offered an alternative.

"It's the people who have been given that second chance who work all that much harder to make something of it." 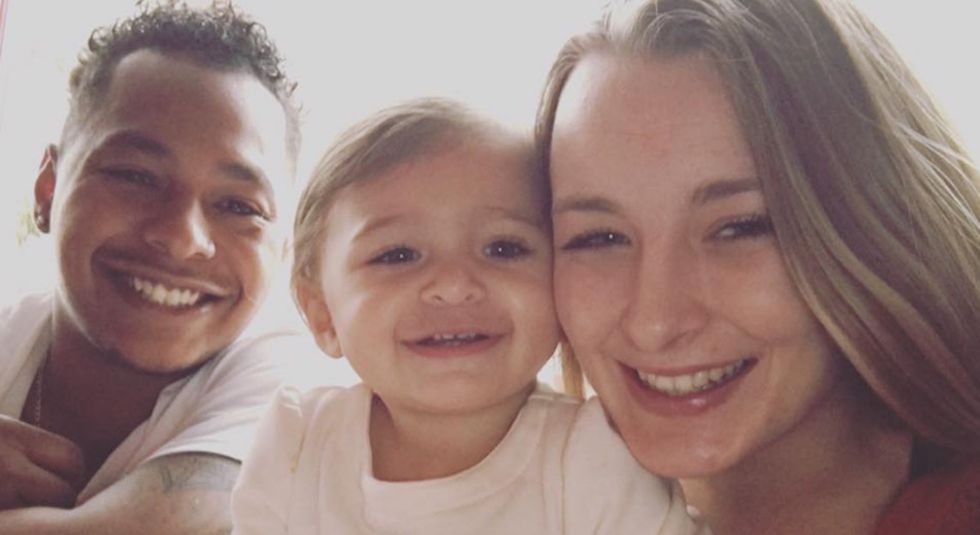 After being caught and charged with possession of a controlled substance with intent to sell, Eddings was in jail with a felony record. “I remember thinking to myself, 'I’m a failure now,'” he says. “I will never amount to anything. I’m just throwing my life away.”

As a kid, Eddings had shown a lot of promise. Growing up with parents who struggled to get by, he was dedicated to creating a life for himself. “I wanted to make something of myself. I wanted to become successful. I wanted a good job making a livable wage,” he says.

He kept a 3.8 GPA through high school, then continued to perform well academically as he went on to college and played football. So what happened? Watch:

It was only after a football injury that things went awry.

“The doctor basically gave me an ultimatum,” he says. “Keep playing and potentially injure myself for the rest of my life, or give it up and save my body.”

Eddings chose to give up his athletic career and ended up dropping out of college and moving home to work.

With no degree and stuck in a dead-end job, Eddings looked to others to find a path toward what he considered success. It didn’t take long for him to start dealing drugs — and to get caught.

When he got out of jail, Eddings wanted nothing more than a path back onto the straight and narrow.

But with a felony on his record, that seemed impossible.

“I went to multiple interviews where I’d interview pretty well and they’d offer me the position,” he says. But once employers discovered his record, the job offers would disappear.

With few employment options and his restitution and court fees piling up, Eddings felt backed into a corner. “I was going to go back to selling drugs,” he says. What he really wanted was a solid job making an honest day’s work, but with his past preventing him from moving forward, he felt he had no choice.

That’s when he got a call that changed everything.

"I wouldn’t give up quite yet," said an encouraging friend who knew a better way.

Eddings happily took a position low on the totem pole, eager to forge a path forward for himself. “I was nervous. I was a little scared. I didn’t really know what to expect. I’d never worked in production before, let alone a bakery,” he says.

He needn’t have worried: It clicked right away.

Two and a half years later, he's risen through the ranks and is a production assistant supervisor with aspirations to continue working his way up the company.

"My life has made a complete 180-degree turnaround," he says.

"Now I have two beautiful children, I’m engaged, I’m renting a house with the hopes of buying a house here in the future." He's also a mentor to other employees with similar backgrounds at Dave's Killer Bread.

"I help other people coming into the company who have similar backgrounds to me, you know, talking to them, letting them know it can be done if you want it," he says. "With this company here, you can make something of yourself."

Dave's believes so strongly in the power of second chances because Dave himself co-founded the business after finishing a prison stint.

"The only reason employers don’t want to take on people with a background or who are convicted felons is solely out of fear," Eddings says.

For him, it's worth the risk. "You never know what you can get out of a person who is ready to make the change, wants to do better for themselves, wants to become somebody."

"In a tight job market, where motivated and engaged employees are hard to find, we have found that individuals who are given a second chance are highly appreciative of the opportunity given to them and are eager to learn and grow professionally," says Gretchen Peterson, the director of human resources at DKB.

"The second-chance partners we employ come to work grateful and happy to have a job every day — what employer doesn’t want to see that in their workforce?" she says.

If more companies hired like Dave's Killer Bread does, one desperate history after the next wouldn't have to repeat itself.

Peterson says she thinks H.R. professionals sometimes fool themselves into thinking they are getting a "better quality" candidate through the background check process.

"In my experience, there are just as many people with no background who end up being terminated for theft or fraud. In fact, it's the people who have been given that second chance who work all that much harder to make something of it."