Fiji won its first gold at the Olympics, and the entire country celebrated. 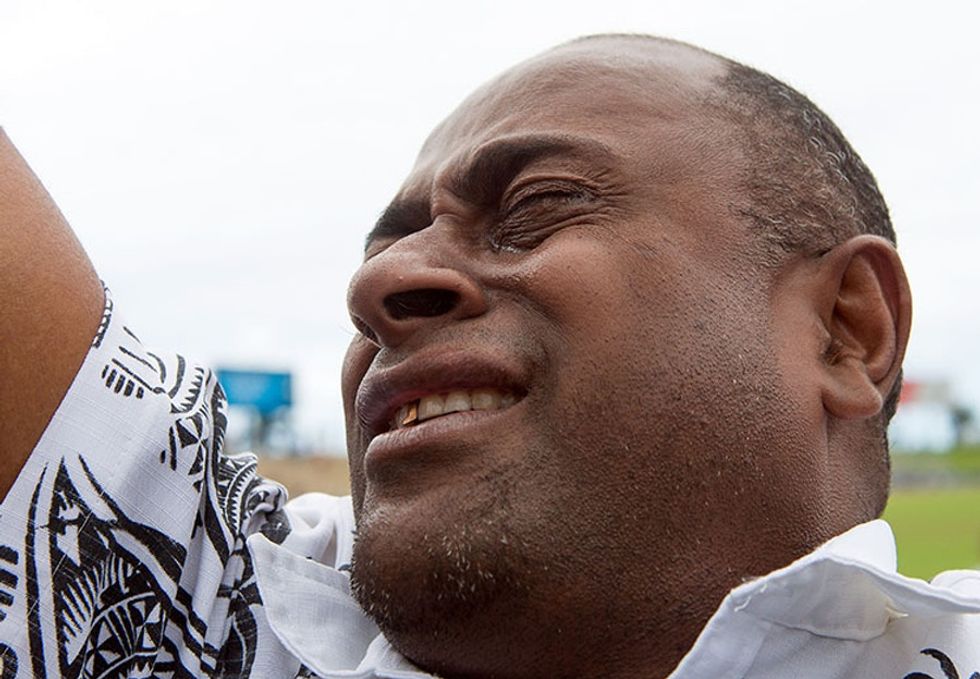 Thousands of people packed into the ANZ National Stadium in Suva. At Swami Vivekanand College in Nadi, all 700 students were called down to an assembly. Every restaurant, bar, resort, and home in the country was at max capacity with eager-eyed Fijians holding their breaths.

The event? Fiji vs. Great Britain in the rugby sevens final at the Rio Olympics. At stake? Fiji's first ever gold medal in Fiji's most celebrated sport.

When the final whistle sounded, the score was 43-7 in favor of Fiji.

Team captain Osea Kolinisau sank to his knees, overcome with emotion at what he and his team had achieved.

The 900,000 people back home in Fiji erupted into unanimous, Earth-shattering celebration.

It was pure, unadulterated, unstoppable joy.

The medal is fitting, as Fiji has been dominating rugby on the world stage for a long time despite many obstacles.

The island nation has a smaller budget than other rugby teams and limited training facilities. It also experiences cyclones, which are dangerous tropical weather systems similar to hurricanes that can cause incredible amounts of damage.

The aftermath of Cyclone Winston in February 2016. Photo by Feroz Khalil for Mai Life Magazine via Getty Images.

In February 2016, a category 5 cyclone ripped through Fiji, killing over 40 people and leaving thousands homeless, including two of their rugby players. Despite that, the team remained dedicated and trained the very next day.

"Rugby is like a religion in Fiji," Elenoa Baselaia of the Fiji Times told CNN. "Whether it's with paper scrunched together to make a ball, it's with bottles or a real rugby ball, somebody in the neighborhoods is playing rugby."

On Aug. 11, Fijians celebrated in stadiums, erupted into cheers at bars and in their homes, and eventually took to the streets, waving Fijian flags and jumping for joy.

Fiji Prime Minister Frank Bainimarama was among those celebrating, and he even declared the day a public holiday.

“We’ve got celebrations programmed for when [the team] returns. We are all proud to be Fijians right now,” said Bainimarama.

Even if you don't know much about Fiji (or rugby), it's moments like these that remind me why we celebrate the Olympics.

Fiji has had a rough year, but they've earned their moment in the spotlight.