Angry Gun Advocate Loses It Live On CNN In The Most. Bizarre. Interview. EVER.

Piers Morgan decided to advocate gun control after Sandy Hook. That caused this radio host, Alex Jones, who has millions of listeners (listeners I'd prefer to never meet), to create a petition to have Piers deported. Being the reasonable bloke he is, Piers invited Alex on his show to have a civil debate about guns. What follows is the most jaw-droppingly incoherent interview I have ever seen, in two deranged parts. The fact that this interview actually made Piers Morgan the most tolerable person on TV for 14 minutes isn't even the craziest thing about it.If this is what we're up against in the reasonable gun law debate, no wonder nothing gets done. Piers should get the Medal of Honor for not requesting a medical team to come tranquilize Alex and have him committed. 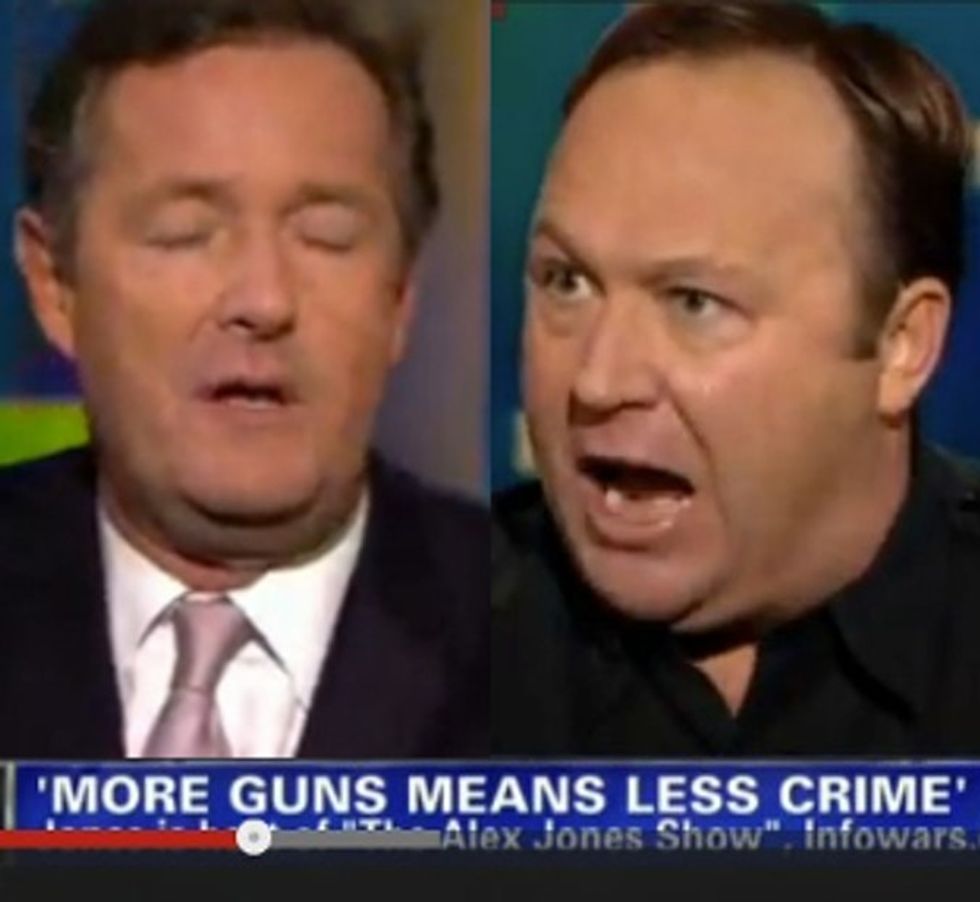 Act II: All Aboard The Conspiracy Train

You should make this guy the poster child for everything wrong with civilized discourse in America. There has to be a better way. Tweet it. Share it. Stop it.