Actor Rose Marie shamed her harasser in 1954 and paid dearly for it. 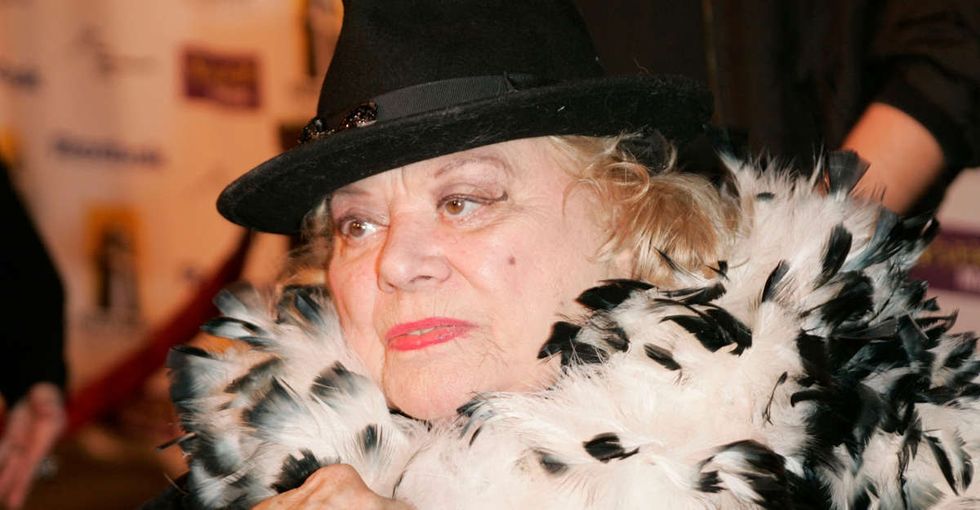 To hear some critics tell it, sexual harassment and assault are modern problems brought on by loosening sexual mores, the infiltration of women into male spaces, and the abandonment of "traditional" values.

A tragic counterpoint is the story of "The Dick Van Dyke Show" star Rose Marie who, at 94, wrote an op-ed for the Hollywood Reporter about being harassed at work in 1954 and her heartbreaking experience when she tried to verbally shame her harasser.

Marie wrote that her moment came on the set of the musical "Top Banana." The actor and comedian clapped back at her harasser — a producer on the film — and, predictably, suffered professional consequences as a result.

The producer of the film came up to me after I'd run through the song called "I Fought Every Step of the Way," which had boxing references, and said that he could show me a few positions. He wasn't referring to boxing. I laughed it off, but he said he was serious and that the picture could be mine.

Well, in front of everyone onstage, I said, "You son of a bitch, you couldn't get it up if a flag went by." Needless to say, that didn't go over well with him, and all my musical numbers were cut from the film. I had no idea that his reaction to my refusal would be so bad.

I realized then that the rumors of the casting couch weren't jokes and why some actresses were getting breaks and why others, sometimes way more talented, weren't.


Marie's story illustrates why victims of harassment and abuse often don't "fight back."

A recent University of Michigan analysis found that less than a third of all people who have experienced workplace harassment reported it. Of those who didn't, most were afraid of being branded "troublemakers" and being subjected to sidelining, marginalization, or worse.

Those fears are founded. A 2016 Equal Employment Opportunity Commission analysis found that 75% of reporters experienced some form of retaliation.

If we're only hearing about these stories now, that may be because victims finally feel they will be believed.

The stories themselves span decades. In 2004, former writers assistant Amaani Lyle sued Warner Bros. for racial and gender-based harassment she said she endured in the "Friends" writers room almost 20 years ago. (Lyle ultimately lost the suit in 2006.) Earlier this year, writer Anna Graham Hunter described being verbal harassed by actor Dustin Hoffman on the set of "Death of a Salesman" in 1985 — 32 years ago. And those are just the very tip of the iceberg.

When it comes to gender-based harassment and abuse, there was nothing good about the "good ol' days."

Women were harassed, abused, intimidated, and blackballed in the workplace back then too. Their overwhelmingly male bosses helped forge a culture of silence where victims were often too isolated and too professionally vulnerable to speak out.

We should be grateful that those days are, slowly but surely, coming to an end.