A woman choking on her dinner was saved by the man who invented the Heimlich. 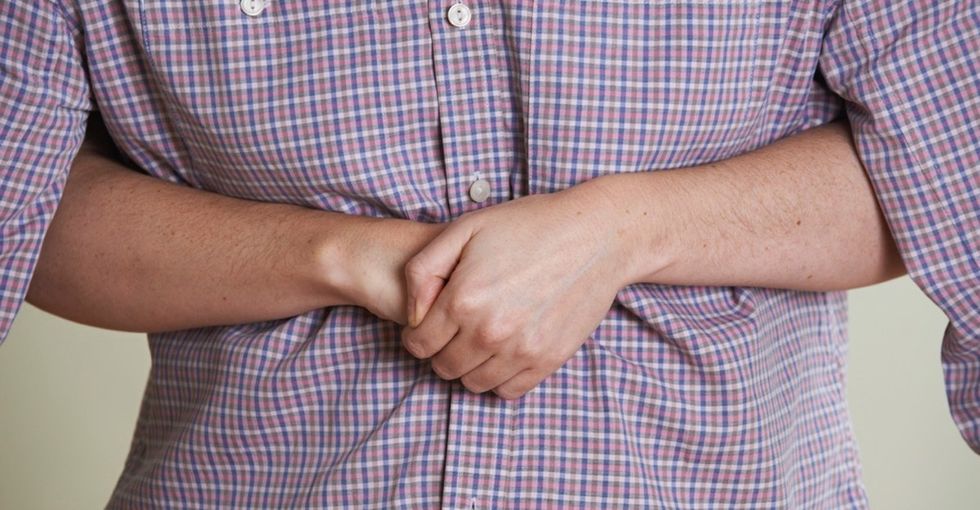 You're at dinner and you start to choke. Who do you want at the table beside you?

But if she weren't available, you'd want a doctor. Perhaps the doctor who invented the the Heimlich maneuver?

Well, this best-case scenario (sans beloved '90s film character) happened to one woman in Ohio. And that unbelievable twist of fate probably saved her life.

The man behind the maneuver is Dr. Henry Heimlich, a 96-year-old retired surgeon residing in Ohio.

Before he developed the method in the 1970s, choking was a major cause of death. After reading about thousands of incidents, Heimlich decided to develop a fast-acting way to help.

"I set about researching a better way, thinking perhaps I could make use of air trapped in the chest to propel the object out of the trachea," he told CNN.

After experimenting on anesthetized dogs, Heimlich found that if he pushed just below the ribcage, food lodged in their throats would pop out. His famous maneuver was born.

Heimlich demonstrated the bear-hug, upward-thrusting motion on volunteers across the country. And while some of his career has been controversial, Heimlich's namesake maneuver is taught in basic first aid courses and has saved countless lives.

Though the maneuver bears his name, Heimlich had never performed it on someone choking — until this week.

The maître d’ at Deupree House, the senior living facility where Heimlich resides, heard 87-year-old resident Patty Ris choking. Trained in the procedure, he rushed to the woman's aid. When he arrived, he saw Dr. Heimlich already in position.

Heimlich performed his namesake maneuver and a piece of hamburger almost immediately dislodged from Ris' throat. The dinner service resumed without incident.

"I used it, and she recovered quickly,” Heimlich told The Cincinnati Enquirer. “It made me appreciate how wonderful it has been to be able to save all those lives.”

Choking remains a serious concern, especially among infants and the elderly.

The curious nature of infants and toddlers puts them at great risk for choking, as nearly everything they touch ends up in their mouths.

And of the 4,864 people who died from choking in 2013, 57% were over the age of 75. Having trouble swallowing, living alone, and even wearing dentures can increase the risk of a choking injury or death.

That's why it's so important for everyone to know age-appropriate first aid techniques, including the Heimlich maneuver, and be able to perform them on themselves and others.

(The Red Cross offers basic training courses at more than 550 locations and online through simulation courses if you're new to first aid or need a refresher.)

Hopefully, like Dr. Heimlich, most of us will go our whole lives without having to use these methods. But should the unexpected happen, it's best to be prepared.