A U.S. policy has kids being taken from parents at the border. Here's what we can do. 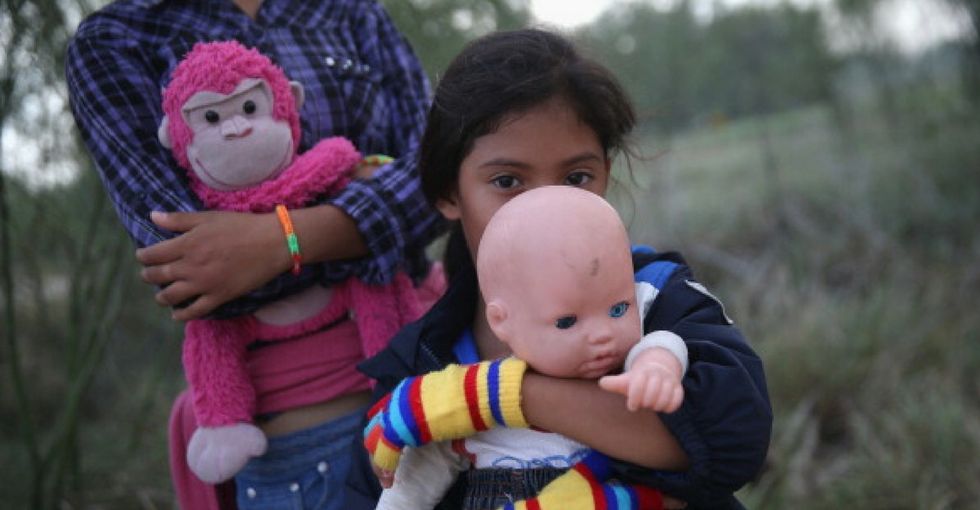 The stories of parents and children being forcibly separated at the U.S.-Mexico border are unfathomable.

The Justice Department's "zero tolerance" policy for families attempting to cross the border has led to heartbreaking stories. Advocates and lawyers who have traveled to the border describe scenes one might expect to see in a Holocaust film:

— A mother was told by agents that they needed to take her son "to give him a shower," but then she was denied information about when and where she would see him again.

— A 5-year-old girl who'd never before been separated from her mother screamed and vomited when they took her away, and her mother was refused even a moment to comfort her.

— A mother seeking asylum after escaping a country that offered no legal protection from the beatings and attempted murder from her child's father was mocked by border agents before having her child taken from her arms.

The border policy being used now criminalizes all attempts to cross the border — even for those seeking asylum. And it's simply cruel.

Border crossings have traditionally been treated as civil offenses, with families being detained together while the administrative logistics are figured out. Family separation is new and has been touted as a deterrent. But tearing a child from a parent's arms when neither knows where the other is going crosses a line into inhumane treatment.

In fact, a recent Washington Post article equates such separation with literal torture. The U.N. human rights council has called on the U.S. to "immediately halt" the practice, stating there is "nothing normal about detaining children" and that the policy "runs counter to human rights standards and principles."

Even some who would normally support conservative politics have voiced opposition to Trump's policy. "There's nothing conservative about illegal immigrant parents being ripped from their children," wrote conservative writer Liz Wolfe in the Washington Examiner.

This isn't a partisan issue; it's a human one. As Glennon Doyle said, "We know immigration is complicated. We understand that. But still — not this."

Here's what average Americans can do to advocate for these families.

There are two big ways people can help the kids and parents being harmed by this policy:

The most important thing these families can get is legal representation and advocacy. That doesn't come free, but there are many nonprofit organizations that specialize in this work. Here are a few examples:

The Florence Project for immigrant and refugee rights provides free legal and social services to detained immigrants in Arizona and ensures that people facing removal have access to counsel, understand their rights under the law, and are treated fairly and humanely.

KIND: Kids in Need of Defense ensures that no child appears in immigration court alone without high-quality representation.

— Call lawmakers and demand an end to this policy.

Many of us might not be used to getting on the horn with our reps. The good news is that the folks at Together Rising have done all the legwork to make it super simple to contact your senators and representatives in Congress — even if you have no idea who they are or how to contact them. Just go to this post and follow the directions. It'll take less than 20 minutes. Easy peasy and so, so important.

It's up to citizens to rise up when government falls to cruelty. When we hear stories of inhumane treatment being done in our country's name, we must act. People's lives — and our collective humanity — depend on it.