A tech worker made a cape for her nephew and ended up creating a business that helps sick children.

It's just a piece of fabric, but to thousands, it's hope. 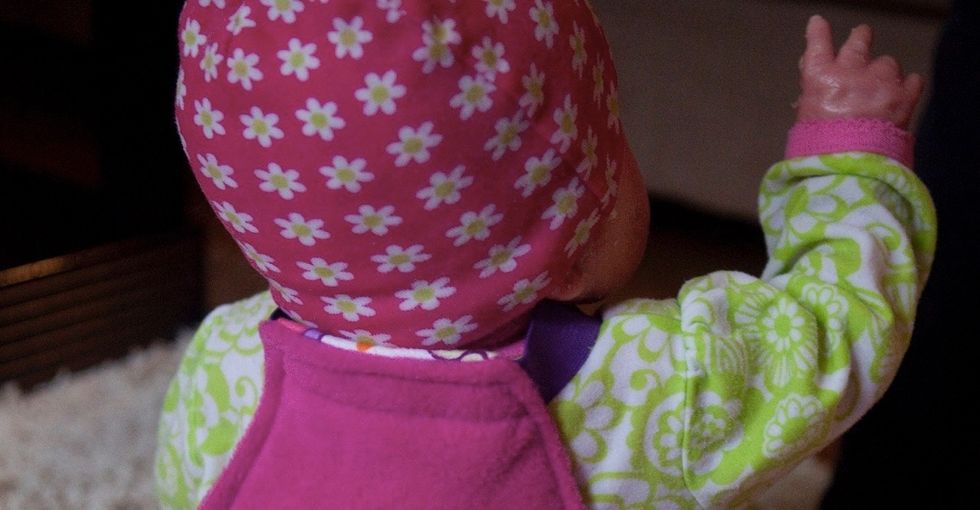 It all started with a dusty forgotten Christmas present.

Robyn Rosenberger was working in technical support for a Seattle-based software company in 2012. Trying to break up the monotony of her day-to-day routine, she decided to get crafty for her nephew's upcoming second birthday and fished out the dusty sewing machine her husband had gotten her for Christmas two years prior.

Rosenberger wanted something that would please a 2-year-old boy but also be easy enough for her to tackle, seeing as her only prior sewing experience was a single baby blanket she'd made a year before. She settled on a superhero's cape, kicking off a project that would be a welcome challenge from the daily grind at the software company.

A simple homemade birthday gift turned into inspiration for thousands.

Rosenberger was pleased with the outcome of her nephew's birthday cape, so she hunkered down again at her machine to make capes for her son and dog. She liked sewing, and it became a hobby when she had the time.

One day Rosenberger came across a blog about a 2-year-old girl named Brenna with Harlequin ichthyosis, a rare skin disorder in which too much skin is produced before the body has a chance to shed it. As she read on, something clicked: Brenna needed a cape!

Capes were a novelty for her nephew and son, but Brenna needed one.

Rosenberger reached out to Brenna's mom, and a few days later, Brenna had her cape, and something else that came with it: strength. Brenna's mom had always called her "Super Girl" since she was born, and now the cape seemed to complement that perfectly. Just like that, TinySuperheroes was born.

Rosenberger quit her software job to focus on her new mission: empowering kids, one cape at a time. With the help of social media, Rosenberger was flooded with requests for capes, and the waiting list grew and grew. She launched her TinySuperheroes company on the "buy a cape, give a cape" model to help offset her costs. In essence, anyone who bought a cape from her also sponsored a child on the waiting list to have a cape made for themselves.

It's just a piece of fabric, but to thousands, it's hope.

Broken down, the cape is nothing more than fabric and thread — nothing special. However, to the kids who receive one, they are way more than that.

Once Rosenberger started sending out capes to children, she was overwhelmed by the responses from parents. The capes became symbols of empowerment, strength, and hope. Parents told her capes were brought along for hospital visits to give strength, and they were worn during chemo treatments to help fight off cancer cells.

The children who receive these capes are battling diseases, illnesses, disabilities, and other "powers," as Rosenberger calls them. Rosenberger hopes the capes help these kids reveal their true identities, embracing the powers they've been given and their fortitude to carry on, ready to conquer whatever is put in front of them.

Once empowered with a cape, the children become members of the TinySuperheroes squad.

This journey is only beginning.

Rosenberger recently collaborated with American Express to tell her story in this video:

With TinySuperheroes, Rosenberger has been able to help out thousands of children in all 50 states and 16 countries throughout the world, and she's not done yet.

Rosenberger wants TinySuperheroes to change the way the world thinks about childhood illness or disability. She wants these capes to allow people the opportunity to see kids' abilities, instead of their disabilities. However, she cannot do it alone.

The Rosenberger family. Photo from Robyn Rosenberger, used with permission.

Want to help the project? Just buy a cape for a kid in your life, and she'll donate one to another child in need. Take a moment to support their superhero mission!