A children's hospital turned its patients into superheroes for a day: 11 amazing photos. 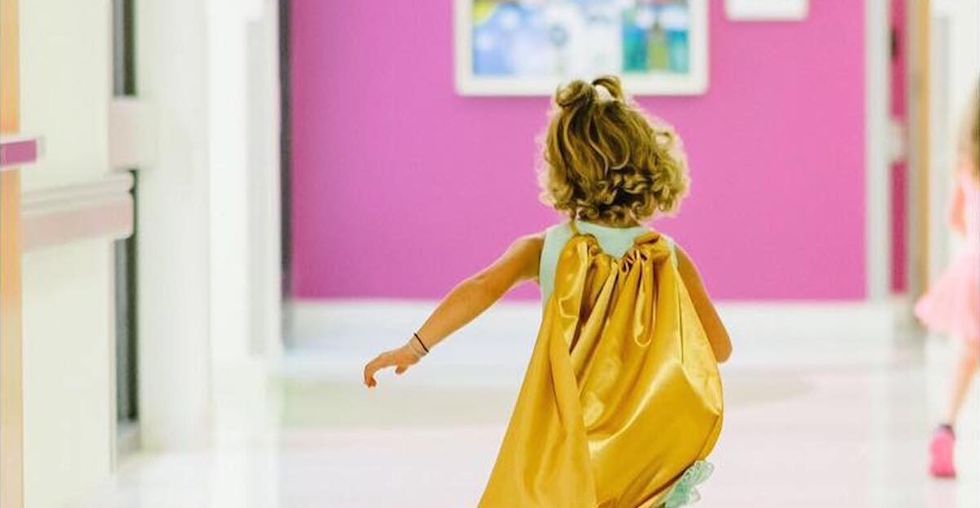 Superheroes come in all shapes and sizes.

Some are masked muscle-heads who battle diabolical villains. Others are much smaller but face even more menacing foes — like life-threatening accidents or illnesses.

Both can wear super-cool capes.

All photos by Children's Healthcare of Atlanta, used with permission.

Children's Healthcare of Atlanta celebrated these pint-sized heroes by dressing the entire city in colorful capes.

It all started with a little girl named Hudson Lillystone, who began a battle with leukemia when she was only 4. To get through her grueling chemotherapy sessions, she liked to summon extra bravery by dressing like her favorite superheroes.

Hudson is finishing up the last of her chemo at the Aflac Cancer Center of Children's Healthcare of Atlanta, and her prognosis currently looks great.

For the 100th anniversary of Children's Healthcare of Atlanta, "Super" Hudson helped pass out capes to the other kids so they could feel like heroes, too.

Uber Atlanta even pitched in to give Hudson and some of her icons a ride to school...

...where all of her friends were waiting for her in capes of their own.

But it didn't stop there. A few dancers from the Atlanta Ballet showed their support (and some sweet moves, too).

A diver at the Georgia Aquarium even got in on the action ... underwater!

And, of course, Atlanta's "brave" baseball team joined the fun, too.

Support for the kids flooded in all day on social media.

Thousands of people posted pictures of themselves wearing capes using the hashtag #CapeDayATL. Uber drivers all over Atlanta delivered capes on demand, with a portion of the proceeds going to Children's Healthcare of Atlanta to save more lives.

Thousands of ordinary citizens answered the call. It was like something straight out of a comic book, and it was incredible.

Having a life-threatening illness like cancer is frightening for anyone, but it's especially tough on kids.

Joanne Wolfe, director of palliative care at Boston Children's Hospital, writes that it's incredibly important for doctors to focus on the treatment experience along with the psychological well-being of these kids. In other words, they need to know they're not in it alone, and that they are going to win the battle.

Hopefully, seeing the city of Atlanta rally behind them gave some of these amazing kids the courage to keep fighting.