6 words from a 5-year-old girl show exactly why diversity matters in Hollywood.

We're all beautiful. It's just that some of us don't see that on TV ... but that's changing. 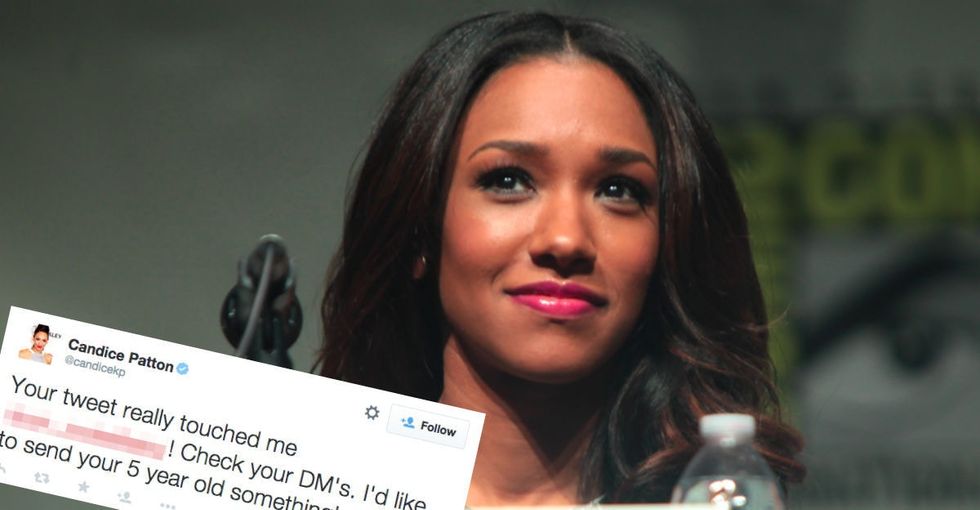 A young girl was watching the TV show "The Flash" and saw something really special and cool.

GIF via "The Flash."

A guy who runs so fast he looks like a laser? Nope. That wasn't it. For a TV show based on a comic, that actually isn't all that special. But here's what is pretty amazing:

The little girl saw someone who actually looks like her.

Iris is the Flash's love interest, but also his childhood friend, cohort, and confidante. Image by Gage Skidmore/Flickr (altered).

It's not that often that you see women of different colors and complexions in comics, much less on TV.

For kids like this young fan, seeing herself in characters wasn't exactly common. But man, when it did happen, it had an impact.

According to this 5-year-old fan and her mom, the answer is a resounding YES.

But that's not the end of the story.

When Patton saw that sweet note from a mom on Twitter, she wanted to do something special...

But where are the Iris action figures???

Because of characters like Candice Patton's Iris, so many other lil' munchkins (and older folks too!) are finally getting a chance to recognize themselves in their favorite shows.

And THAT is truly beautiful.