Watch these straight people answer a question gay people have been asked for years.

If every straight person honestly answered this question, we'd wipe out homophobia tomorrow. 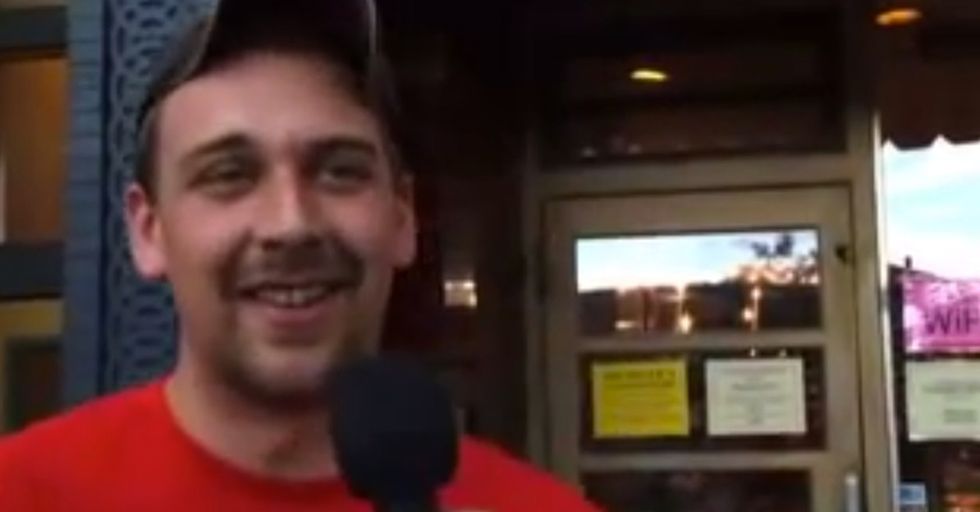 Travis Nuckolls and Chris Baker hit the streets in Colorado Springs a few years ago to ask straight people a few questions.

Their subjects had no trouble answering the first question:

Do you think people are born gay or choose to be gay?

Then Nuckolls and Baker flipped the question around.

When they asked people when they "chose" to be straight, you could literally see the moment when their subjects understood how ridiculous it is to treat sexual orientation as a choice.

When did you choose to be straight?

Thanks to this simple question, it finally clicked: Being gay or straight is not a choice.

After being asked a question that gay people have been answering forever, many of them changed their outlook on sexual orientation.

Now they know better. Welcome to the 21st century, y'all.

So, straight folks: The next time you want to ask a gay person when they chose to be gay, don't do it. Not only does it (incorrectly) imply that sexual orientation is a choice, it also reinforces the idea that being straight = the default and "normal," while being gay = different and weird.

Watch the entire video of confused straight people and their moments of enlightenment here: