Trump attacked this moderate Republican. His devastating response is unforgettable. 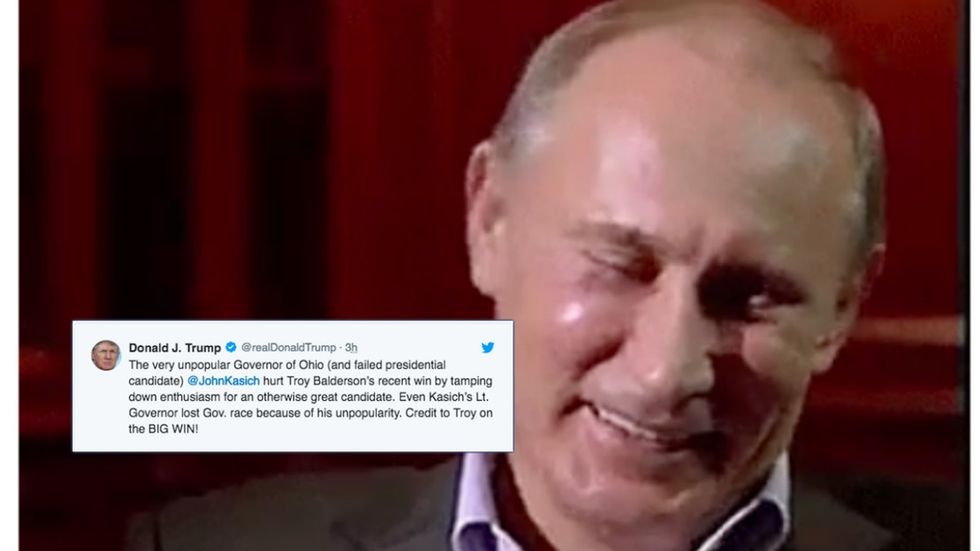 Go ahead and put this one on loop. We'll wait.

After a surprisingly close race in Ohio’s 12th congressional district last month, Republicans have been grappling with the increased likelihood that this November’s midterm elections will not go well for their party.

In a tweet to his followers, Trump said it was Kasich’s late endorsement that caused the race to be so close.

In fact, during the 2016 Republican presidential primary, he ended up being the last person standing against the future president, offering a moderate and even-tempered alternative to Trump's bluster.

But sometimes, you just gotta cut to the chase.

Rather than writing out an extended explanation of why Trump’s reasoning was unsound, Kasich simply chose to respond to his tweet with a GIF of Vladimir Putin smirking.

The two have feuded for years but this is next level.

Things got pretty heated between Trump and Kasich during the 2016 primary and they’ve never made up.

During Trump’s infamous summit with Putin, Kasich was quick to call out the disastrous meeting for what it was, a “sad day” for America and the world.

But in his tweet response Monday morning, Kasich was cutting through all the nuance and declaring through a simple image that in his view, Trump is little more than a joke and one that Putin is laughing at all the way to the bank.

Kasich reminds us that the best way to handle Trump is often with humor.

Responding to Trump’s policies and behaviors on a daily basis can be exhausting. Not every activist, lawmaker or citizen has the emotional bandwidth to go high when he goes low.

Sometimes, the best way to tell a story is with humor. And Kasich is telling one heck of a story in a single image. And it’s one that won’t soon be forgotten.