Tinder's latest move makes the app a powerful tool to help save lives.

Becoming an organ donor is as easy as swiping right. 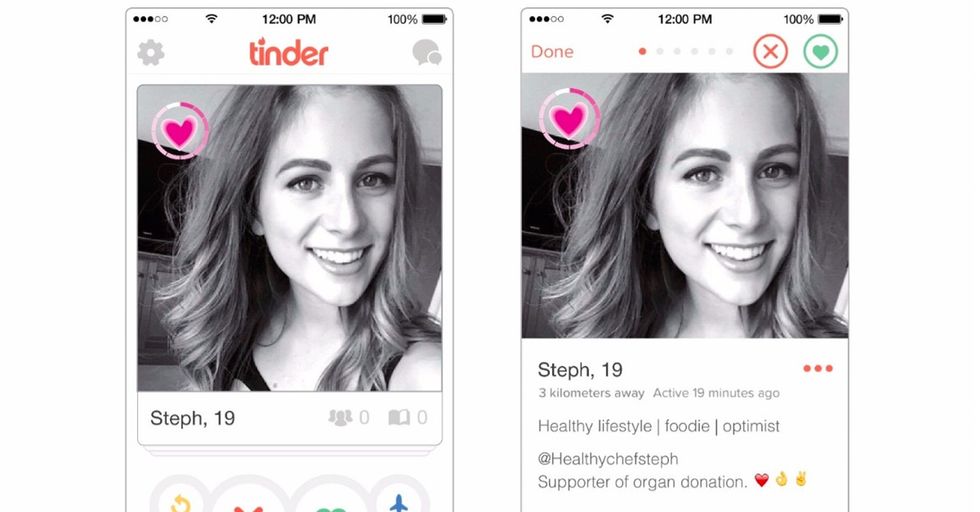 Swiping through Tinder can be like opening a box of chocolates. You never know who you might get:

An engineer, a model, a comedian, ... an Olympic gold medalist.

For the next two weeks, Tinder users in the U.K. might be surprised to find a few celebrities up for matching, like tae kwon do Olympian gold medalist Jade Jones MBE, reality TV star Jamie Laing of "Made in Chelsea," or soap opera "Emmerdale" actress Gemma Oaten.

When users match with them it's clear that these celebs only have one thing in mind...

Instead of a hot date, users get a powerful reminder about the need for organ donor registrants in the area.

It's not a love connection. They want you to save lives. They're hoping you'll want to make a donor connection.

Tinder and the United Kingdom's National Health Service teamed up to get more young people to register as organ donors.

This match between the dating app and the NHS seems strange until you look at the numbers.

It's part of an initiative to get more people between the ages of 18 and 35 — a demographic the NHS says is particularly important to them to reach — to sign up as organ donors. The average Tinder user spends 90 minutes daily helping to rack up a whopping 1.4 billion daily swipes globally.

Urging users to take a fraction of their time to join the donor registry makes perfect sense — it's actually kind of ingenious.

The initiative isn't just for Tinder users: The celebrities are also tweeting under #timetosign to promote the cause.

This partnership is just one of the latest moves in NHS' push to tackle the U.K.'s organ donor shortage.

Last month, NHS Blood and Transplant launched a campaign called "The Wait" to highlight the number of people who die while waiting for an organ transplant. They released a 14-hour film of the same name that follows a former doctor's six-years-and-counting wait for a new kidney.

This move comes in light of some sobering statistics: In the past decade, over 6,000 people died while waiting for an organ match. NHS hopes that the almost 7,000 people currently on the U.K.'s organ transplant waitlist can evade the same fate.

For every person disappointed they won't be dating the Olympian who has their heart, here's hoping there's another who'll register to give a different organ to a stranger in need.