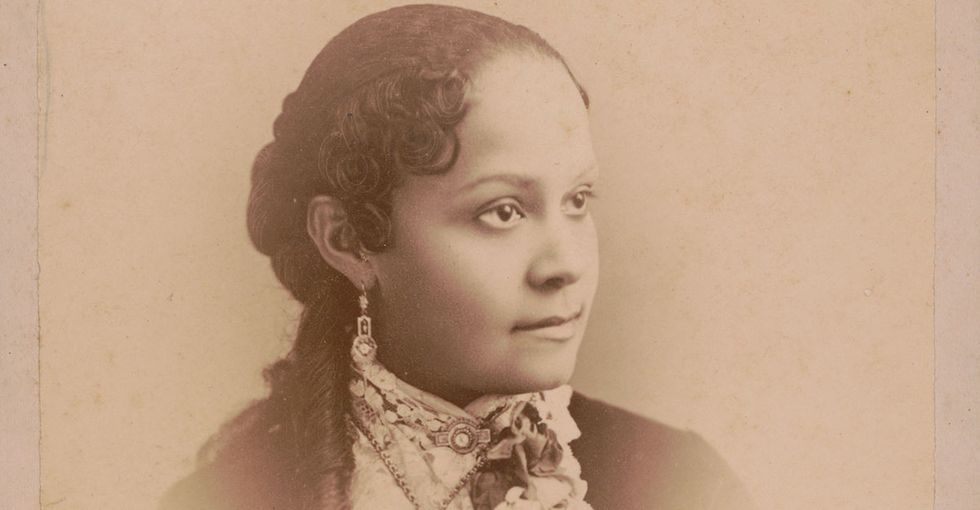 If you picture the Victorian era in America, what do you see? Probably the Wild West, or maybe some dude in a top hat.

But the late-1800s were also a hotbed of activism and civil rights struggles, especially among women and African-Americans. History books tend to name a select few, like Sojourner Truth or Booker T. Washington.

But the truth is, we forget that real change is only possible thanks to the labor of countless individuals.

We’re now getting another chance to peer into the past thanks to the Library of Congress.

In 2013, the Library of Congress got a hold of the photograph collection of William Henry Richards, a prominent African-American leader who taught at Howard University from 1890 to 1928.

In the collection, they found portraits of the young, badass female African-American activists whom Richards worked alongside.

Photo by Elmer Chickering. Image via the Library of Congress.

Baldwin was a teacher and civics leader. In 1889, she became principal of the Agassiz Grammar School, turning it into one of the best schools in Cambridge, Massachusetts.

Photo by F. S. Biddle. Image via the Library of Congress.

A dean, professor, and lecturer, Brown founded civics organizations, spoke at national political conventions, and represented the United States at the 1899 International Congress of Women.

Photo by Falor & Smedley. Image via the Library of Congress.

Another notable educator, Cooper wrote "A Voice from the South by a Black Woman of the South," which called for equal education and the advancement of other opportunities for black women.

Photo by Giers & Koellein. Image via the Library of Congress.

Thomas, a journalist, was a local and correspondent editor for the New York Freeman, and she is believed to have been the first black woman to be a professional theater critic.

Image via the Library of Congress.

Thompson was a poet, novelist, educator, and an advocate for the Woman's Christian Temperance Union.

Image via the Library of Congress.

A passionate educator, in 1880, Westbrook moved to Victoria, Texas, where she took over as the Victoria city school principal.

Photo by Paul Tralles. Image via the Library of Congress.

Photo by The New Photographic Art Company. Image via the Library of Congress.

Yates was a poet, writer, columnist, teacher, and activist. She helped organize the Women's League of Kansas City and became its first president.

It's thanks to these labors of these women, and countless others like them, that we're able to be where we are today.

The Library of Congress hopes these photos will inspire more people to learn about the people who put together America's past.