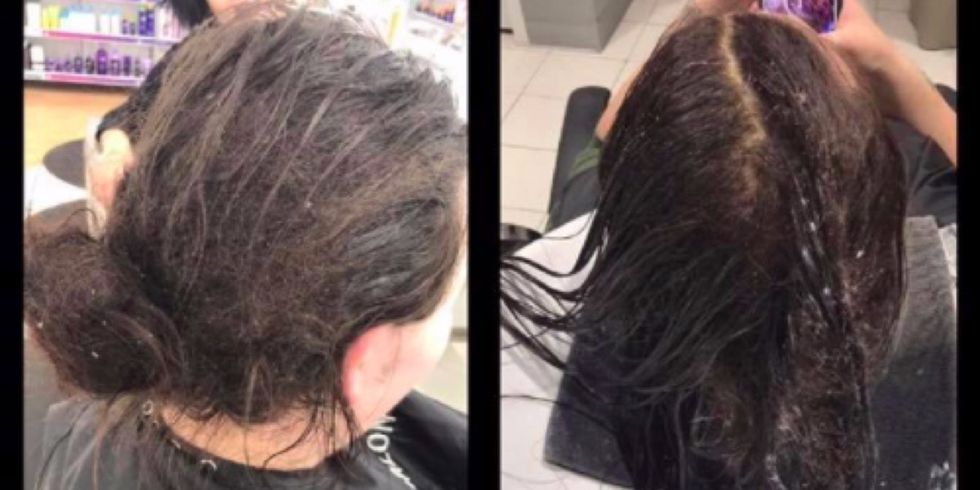 Depression can make it difficult to do everyday tasks, like taking care of oneself or even getting out of bed, as these before and after photos of one woman show.

Kate Langman, a stylist at Ulta Beauty, first saw her future client in the hair care aisle of Ulta, pulling bottles of "All Soft" Redken hair products off the shelf. Langman asked the woman if she needed help, to which she replied she was looking for something to fix her hair. According to Langman, the woman said she had been unable to get out of bed for six months due to depression. During that time, she pulled her hair into a bun, which after months of being neglected, had matted into a "huge dreadlock."

Then, on March 9, the woman came into Ulta and asked Langman if she could do her hair that very same day, noting that she was finally able to get out of bed again.

Eight-and-a-half-hours later and Langman turned the woman’s hair into a style deserving of her strength. "I didn’t care how late I stayed, I wanted to make sure she got taken care of," Langman wrote on a post she shared to Facebook with her client’s permission. "Most of the time the advice is to just cut it off… But I wanted to make this work for her."

More than 30,000 people have shared Langman's post since she first shared it. "I didn’t share the post because of the transformation. I did it because I wanted people to see that depression is a real serious thing," Langman told The Mighty. "And just by simply saying 'I'll help you' can change their outlook on life, so much. The hair was an added bonus to making her feel happy again."