The chemical attack in Syria is a war crime. Here's how to help. 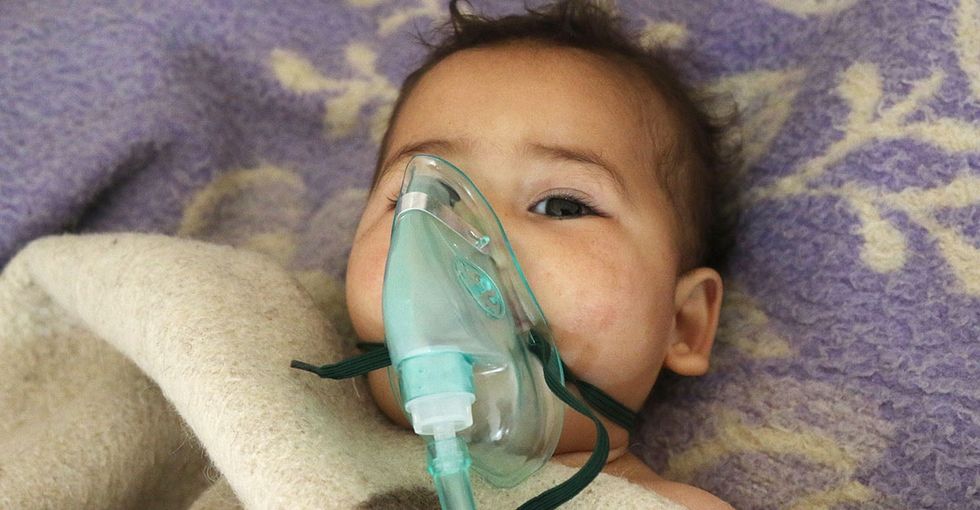 Hundreds of Syrians, many of them children, were the victims of an unconscionable chemical attack — carried out by their own government — on April 4, 2017.

The attack was orchestrated under Syrian President Bashar al-Assad, according to U.S. officials, and has killed at least 70 people and injured hundreds more in the northern rebel-backed Idlib province, CNN reports.

The attack was particularly gruesome. The chemicals released possibly contained a nerve agent and other illegal substances that caused victims to gasp for air, writhe uncontrollably, and foam at the mouth while struggling to survive, rescue workers have reported, according to the New York Times.

There's no quick fix. There's no redeeming silver lining that makes these deaths any less heartbreaking and senseless. Syrians are living through what most of us — watching the news through glass screens miles and oceans away — simply cannot fathom. The easiest thing to do right now is look away. But we shouldn't. We can do something. Now is the time to help.

Amid the chaos and misery, lives are being saved and families are staying whole, thanks to the courageous people working on the ground in Syria. And they need our help.

You can donate now to these organizations, all of which were on the ground, helping victims as the horror unfolded:

It's understandable to feel outraged, but use that feeling to inspire you to act. The more we care about the Syrian people today, the more lives we'll be able to save tomorrow.

Syrians pray before burying the bodies of those killed in the chemical attack. Photo by Fadi Al-Halabi/AFP/Getty Images.