See what happened when a journalist planted GPS tracking devices in an illegal ivory shipment. 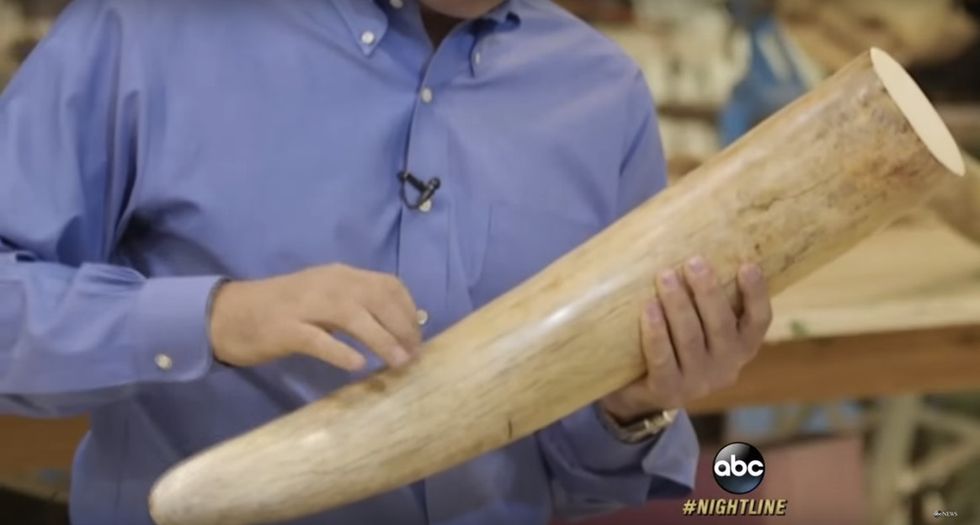 The African elephant. Awesome animal. But their future is looking pretty iffy.

Central Africa, for example, saw its elephant population drop by 64% in just 10 years. And at the current rate, experts say the giants could be extinct in the wild in a few decades, which would be terrible because, well, look at 'em. They're amazing.

National Geographic's Bryan Christy wanted an inside look into why so many elephants are dying: the illegal ivory trade.

But he couldn't just waltz into a black market and be all, "Hey, dudes! Where's this stuff going?" He had to be sneaky about it. So he devised a plan fit for a spy agency.

Christy's plan was to embed fake tusks with GPS tracking devices in a black market in the Central African Republic.

First, he needed someone who could create counterfeit tusks so convincing that even an ivory trader would have a hard time telling the difference.

Enter George Dante, the "Michelangelo of taxidermy" according to Christy. He lived up to the flattery, producing copies that looked, felt, and even sounded like the real thing.

Dante's tusks were put to their first test at an airport in Tanzania. They passed with flying colors when Christy was detained on suspicion of ivory smuggling. But the authorities were cool about it when he let them in on the scheme.

Christy expected the tusks to track east toward China, the world's top buyer of illegal ivory and where, writes Christy, "a pair of ivory chopsticks can bring more than a thousand dollars, and carved tusks sell for hundreds of thousands of dollars."

Instead, he watched the signals travel north into the terrorist-controlled regions of Sudan.

"[I]n central Africa, as I learned firsthand, something more sinister is driving the killing: Militias and terrorist groups funded in part by ivory are poaching elephants, often outside their home countries, and even hiding inside national parks. They're looting communities, enslaving people, and killing park rangers who get in their way." — Bryan Christy, National Geographic

Warlords like Joseph Kony, leader of the Uganda-born Lord's Resistance Army. Remember that guy? He does some terrifying sh*t. And he's not the only bad actor who benefits from illegal ivory.

We knew saving the elephants was important before, but this investigation shows us it's not just about the elephants.

Illegal ivory is placing innocent human lives at the mercy of f&#%ing terrorists, y'all!

If saving these spectacular creatures wasn't reason enough to get involved...

Check out this article by National Geographic's Costas Christ for practical ways you can support the fight to end ivory poaching.

Watch a "Nightline" segment about Christy's reporting in the National Geographic documentary "Explorer: Warlords of Ivory":