About 50 years ago, 14 million Americans stopped eating grapes — for a very good reason. 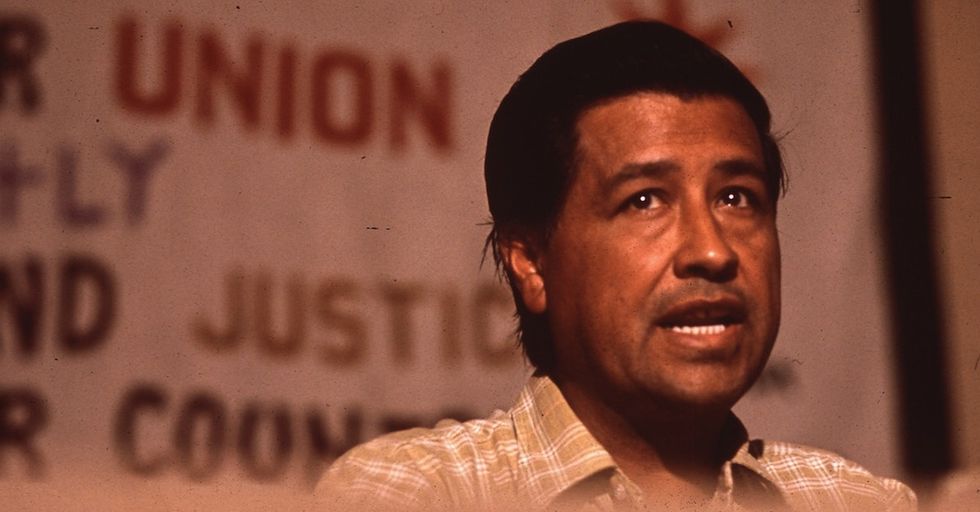 When I was in my early teens, I was aware of the grape boycotts that made the United Farm Workers a household name. Being raised in a union family, I kind of had an understanding of boycotts and how they affected things. And I was definitely aware of strikes, since my dad — and, consequently, the family — weathered a few of those at John Deere. And when we went to the grocery store, we were always cautioned not to buy California table grapes.

A Latina woman named Dolores Huerta was the seed and a good chunk of the powerhouse behind what eventually became the United Farmworkers Union, which made huge improvements to the lives of largely migrant farmworkers who worked the fields of California.

In the early 1950s, Huerta got a degree and then began teaching elementary school in Stockton, California, where she saw that her students were living in poverty with not enough to eat and other basic life necessities not met. She became one of the founders of the Community Service Organization in Stockton, which was instrumental in beginning to improve conditions for farmworkers and to fight discrimination. It also helped people fill out tax forms, get children into schools, and study for citizenship.

Also active in this effort were Gilbert Padilla and Cesar Chávez.

Chávez was active in organizing area workers to become more politically active and try to change things. The combination of Huerta's organizing and negotiating skills and the talents of Chávez, which included dynamic leadership and public speaking prowess, made them nearly unstoppable. They formed the National Farm Workers Association (NFWA).

One of the key tactics to their success was going door-to-door and holding house meetings, which connected people in community-based, intimate ways.

The big event that birthed the United Farm Workers was when Filipino workers at Delano table grape growers struck, and the NFWA voted to join them. It was a rare instance of unity among two separate groups of workers with distinctly different heritages. They knew that employers often pitted workers in one area and type of farming against another whenever they demanded better wages and job conditions, so it was a prime opportunity for solidarity.

This was also a critical time to use the tactic of community support to rally people around them, especially with the political and financial resources that the grape growers would use against them.

But what also helped immensely was the use of nonviolence as both a tactic and a moral principle to guide them.

A national grape boycott was called.

A hunger strike by Chávez brought thousands of farm workers out to see him daily and to the evening masses, and it solidified their resolve. Robert Kennedy came out to meet him. Combined with pressure and awareness of the grape boycott from other unions like the UAW and AFSCME, as well as time and financial assistance to the strikers, in 1969, Delano finally came to the table and agreed to a new contract.

At its peak, 14 million Americans participated in the grape boycott.

What did they win?

— An end to the abusive system of “labor contracting," which meant jobs could be assigned by favoritism and bribery. Now, they had a hiring hall, with guaranteed seniority and hiring rights.

— Protection from the pesticides that sickened and killed many farmworkers

— Fresh water and toilets in the fields (previously scarce commodities)

— A medical plan so farmworkers could access health benefits

In 1972, the United Farm Workers were officially accepted into the AFL-CIO.

A movie about the United Farm Workers and Cesar Chávez was released in 2014; here is the trailer in case you want to dig a little deeper. Link to the movie itself is below.