A famous American theater has cast a black woman as Hamlet. It's not only historic, it looks cool.

This actress has become "one of the first." 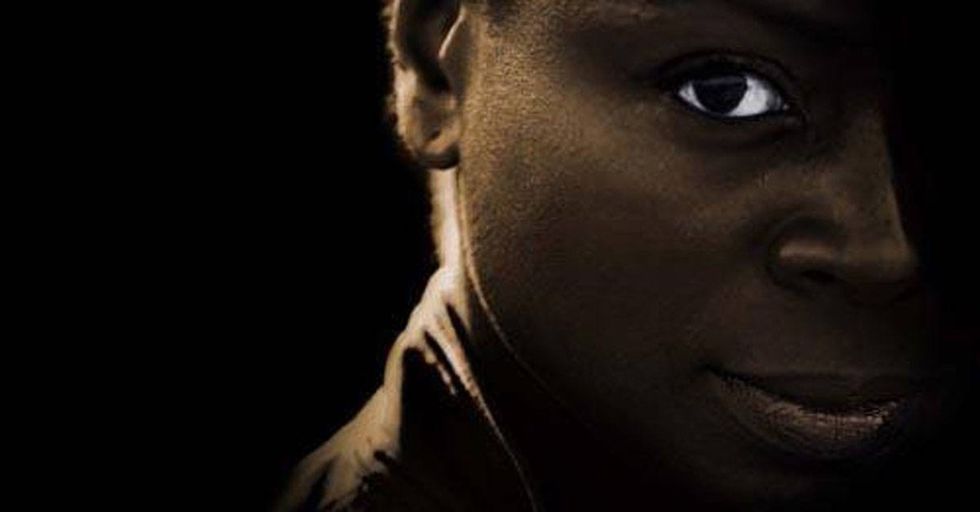 In about two minutes, you may think to yourself, "I got to get to Philadelphia!"

The woman in the above picture is British-African actress Zainab Jah.

Zainab is a spectacular human who has acted on TV and in movies, but currently she can be seen on stage at The Wilma Theater in Philadelphia.

She's performing in a production of Shakespeare's "Hamlet." *As* Hamlet.

She's one of the first (actually, at least the second!*) black woman ever to play the conflicted Prince of Denmark, making history in the theater world.

Shakespeare in a new light.

It's also probably the first time a black woman has played Hamlet in anything, anywhere in the professional theater world, but I could be wrong.*

*NOTE (12/16/2015): We were wrong, and we were delighted to note in a previous update (4/27/2015) that actress Melody Garrett shared the role of Hamlet in an all-student production of the play in 1992 at Yale Repertory Theatre. Thanks to Flora Stamatiades, with a confirmation from Yale Repertory's director of communications Steven Padla, we can also correct to note that the 1992 "Hamlet" production was the Yale Rep's season opener and, though performed by students, was a professional theater performance. This article has been amended to reflect this. Have other proof we're wrong? Email hello@upworthy.com!

If Zainab's (or Melody's!) casting catches you a bit off guard, here are two things to realize:

1. Way back in Elizabethan times, when "Hamlet" first was performed at Globe Theater, male actors played the all the female roles.

"Lying for a living" was considered too scandalous for a woman to do.

Lines too unseemly to escape a woman's lips included:

That makes no sense.

I think we can all agree that was a silly law. The proof is in the receipts:

2. This minority, female-led production already has sold out almost every night of its run:

And the crew is pretty great, too.

I'll say it again: This production looks so friggin' cool.

The sets incorporate graffiti by a street artist, CERA. Matt Saunders, the set designer, and Vasilija Zivanic, the costume designer, intended to create the feeling of a modern but also corrupt and Elizabethan society.

This helps illustrate the themes of vengeance, corruption, and decay that make "Hamlet" one of the most famous plays in existence.

"I knew I needed an actor who possessed great presence and could easily transform onstage," she said.

"I made a list of actors I would like to see working with me and it eventually became very clear to me that Zainab was going to be my Hamlet," Blanka explained.

So, just to be clear, it wasn't to be different.

She chose the best person for the job, who just so happened to be Zainab.

The director also says that in her production, "Hamlet is not going to change gender because he's played by a woman," and she expects that Zainab is "going to transform into Hamlet."

I think she has. But, you can be the judge, too:

Simply put, everything I'm looking at is coolness defined.

Zainab rules the stage. As any prince should. So, go see this badass version of Hamlet!

"Hamlet" runs until May 2, 2015, at The Wilma Theater in Philadelphia.