23 un-American things you can totally do in America, no matter what Donald Trump says. 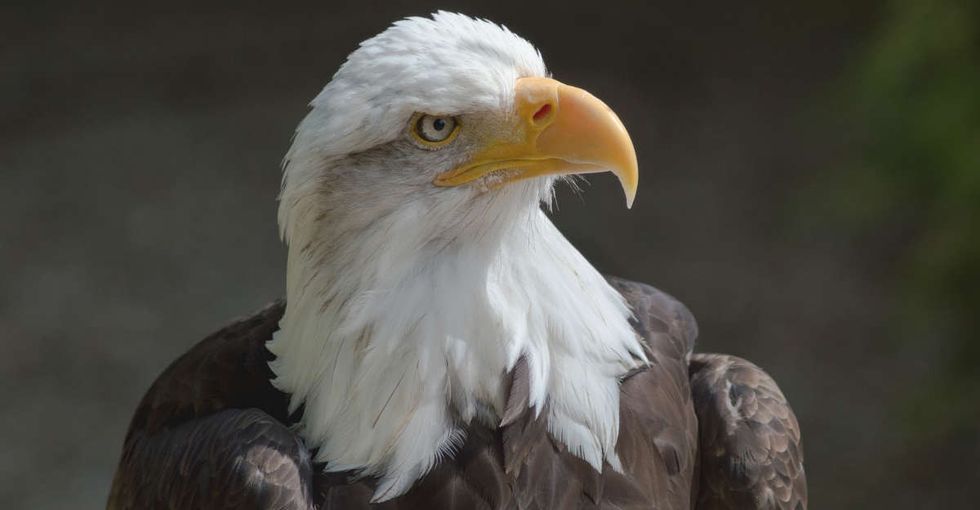 Just before 7 this morning, President-elect Donald Trump tweeted a call to jail or denaturalize anyone who burns the American flag.

Nobody should be allowed to burn the American flag - if they do, there must be consequences - perhaps loss of citizenship or year in jail!
— Donald J. Trump (@Donald J. Trump)1480420513.0

As is the case with most things Trump, theories about, well ... why he tweeted this have run the gamut — from an attempt to distract from a report on son-in-law Jared Kushner's conflicts of interest to a devious plan to incite people to actually do it and use the backlash to consolidate his support to a typically impulsive response to something he saw on Fox News.

Regardless, it's a pretty stunning — and frightening — proposal. For a man who wants to make America great again, the tweet demonstrates a complete disregard for what makes America great in the first place: the First Amendment.

That amendment guarantees that each and every one of us can do any number of highly inadvisable, morally suspect, un-American things — short of yelling "fire" in a crowded theater — and the U.S. government can't do a damn thing about it. Sure, your fellow citizens can slide you a massive side-eye, argue with you, or condemn you, but you won't be arrested or have your passport taken away.

Indeed, thanks to the genius of the framers and the First Amendment, in America, you can...

1. Belt Toto's "Africa" at the top of your lungs while everyone else sings the pregame national anthem at Fenway Park.

No matter how deeply punchable this would make you, you can't be arrested for singing the first verse-into-chorus of this classic '80s jam.

2. Photoshop a giant thumbs-down into a picture of Arches National Park.

It's one of the most stunning vistas in the entire world. And thanks to James Madison, you are fully free to heckle it at your leisure.

The propaganda K-pop knockoff quintet shouldn't be your favorite band, but if they are, you are legally permitted to do you in that regard!

4. Tweet "Nobody should be allowed to burn the American flag - if they do, there must be consequences - perhaps loss of citizenship or a year in jail!"

Nobody should be allowed to burn the American flag - if they do, there must be consequences - perhaps loss of citizenship or year in jail!
— Donald J. Trump (@Donald J. Trump)1480420513.0

As ill-advised and constitutionally suspect as this is, it's within your rights to do so, even if you're soon to be the most powerful person in the country.

5. Dump a full bucket of Kentucky Fried Chicken down a storm drain.

This is an obviously terrible idea, both as a practical and symbolic gesture. But you can still do it. Because America.

6. Call Vladimir Putin on his personal cell to tell him he's a swell guy.

As long as you're not giving away state secrets, if you've got his number, you're good to chat with America's biggest frenemy!

8. Sneak up behind a bald eagle and yell "I know at least three blue jays that could kick your ass!"

Doesn't matter how skeptical the eagle is. Photo by Lewis Hulbert/Wikimedia Commons.

He's probably too much of a wimp to nip your eyes out anyway.

This is perhaps the most morally odious thing you can possibly do. And yet, you're allowed to do it in America, which, believe it or not, is kind of fantastic.

10. Say "Soccer is better than football."

Hell, you can even say "Soccer is football." No one can throw you out of here for that.

11. Refuse to accept American Express for purchases at your hardware store, deli, or pharmacy.

Just because they have "American" in their name doesn't mean you have to roll over for their 3% surcharge.

Nazis protest the opening of a Holocaust museum in Illinois because that's pretty much their beat. Photo by Scott Olson/Getty Images.

To be clear, you absolutely, 100% shouldn't be a Nazi. And if you are a Nazi, if you assault or murder any minorities, you're going to get nabbed by the feds and you will deserve it (hate speech and hate crimes are wildly different things, according to the law). But whether you're a full-on Nazi marching down Main Street to terrify Holocaust survivors in a Chicago bedroom community or a kind-of secret Nazi that dresses up and stuffs chicken parm sliders down your throat at a swanky conference in Washington, D.C., you're legally allowed to exist and shout out the terrible things you believe as the rest of us ignore you.

In America, you're allowed to be a Nazi.

Not only can you cash in on that sweet geopolitical rivalry, you can still be a top national security official in the president's cabinet! Sweet!

No, you're not going to, but go nuts saying it!

It's hypocritical as all hell — and it is your right as a hypocritical American to go there. Thanks, freedom of speech!

18. Root for the aliens in "Independence Day."

It's the banner of actual traitors who killed hundreds of thousands of Americans in the name of enslaving millions of other Americans, and you can celebrate it as long and hard as you want here.

People will probably yell at you, as is their right, and that's also great. Super American 5000 all-around!

20. Tell anyone who will listen that paying taxes is B.S.

A Brooklyn woman meets with a tax preparer. Photo by Andrew Burton/Getty Images.

Sure, it's cool to have roads, bridges, schools, fire departments, a military, and health care, but you're still allowed to hate on the IRS with total impunity. You know, as long as you do pay your taxes.

21. Back your truck up over a copy of the "Hamilton" original cast recording.

"Hamilton" is, without question, the patriotic feel-good album of the year, revitalizing interest in America's founding while boasting such instant classics as "My Shot," "Satisfied," and "The Room Where it Happens." And you are perfectly covered if you choose to smash it to bits under your four-wheel drive.

Torching the Stars and Stripes is not particularly safe, nor is it generally an effective means of protest. Honestly, you should definitely think twice before burning the flag (unless you're a Boy Scout).

Still, you are fully, unequivocally, 100% within your rights as a citizen to light that baby up if you so choose. Which leads to...

23. You can totally call out a tweet from the president-elect of the United States for being ridiculously un-American.

Just because a person is powerful doesn't mean they're above criticism.

Just because a president-elect floats an idea doesn't mean we have to accept or agree with it — liberal, conservative, or otherwise.

Just because the head of the executive branch of the U.S. government issues a statement doesn't mean it reflects the values we hold in common.

The president can say whatever he wants. Just like every other citizen.

In return, Americans can (and should!) remind him when things he says are wrong, dangerous, and — frankly — un-American.

This is America, after all.