What lies beyond the northernmost city on Earth? A beautiful, complicated land. 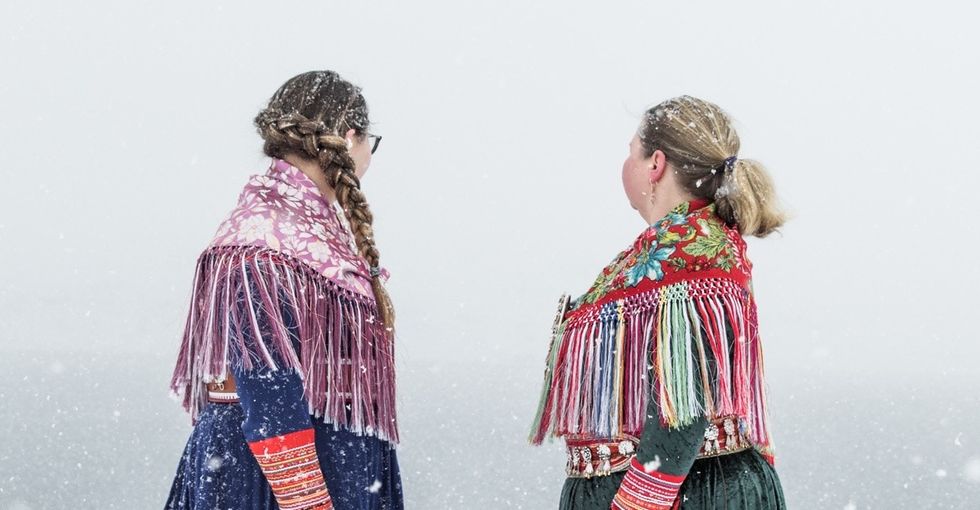 Photographer Greta Rybus wanted to see what life north of the north looked like.

The Norwegian city of Hammerfest calls itself the northernmost town in the world, but seeded beyond it are a handful of other small communities. One of these is Akkarfjord, on the island of Sørøya.

It’s a place few people know about — that even other Norwegians rarely visit.

All photos by Greta Rybus, used with permission.

Only about 80 people live there, their houses huddled around the Akkarfjord harbor.

There’s also a local school, post office, and grocery store. Plus a pub, tucked away and only opened on special occasions and birthdays.

The harbor is both the town’s anchor and its connection to the outside world.

If you’re not working on a boat, you’re probably at the local fish factory, which sits on the east side of the harbor and exports its catch to the rest of the world.

As you might guess, the winter cold can make socializing a bit of a challenge.

People aren’t too keen on stopping in the middle of the street for a chat, and if it’s not the cold, it’s the wind. Rybus says that the wind bowled her over more than once.

"I physically got blown over a few times, like a cartoon character, feet flying above my head," she says.

But if it’s cold on the coast, it’s even colder inland where reindeer herders watch their animals.

The herders are mostly Sami, an ethnic group indigenous to the area. They still follow many of their traditional practices, like reindeer herding, although mixed with modern practicalities. Snowmobiles make it much easier to keep up with the herd.

The other inhabitants of this remote land? Oil rigs.

The rest of the world has caught up to Akkarfjord. Just 50 kilometers offshore are massive oil rigs, soaking up oil from the Barents Sea floor.

Norway is actually one of the great oil and gas nations of the world. Most of that profit has been pumped back into the nation itself, funding health care, public service projects, and education — including the Akkarfjord school.

Though oil’s brought a lot of wealth to Norway, unrestricted worldwide use of fossil fuel has also caused our global climate to change.

Snow used to arrive in Akkarfjord in the late fall, rising as high as a second story window. Nowadays, town residents say they might not see any until January. The weather is getting unpredictable.

Fishers like Knut Olsen told Rybus that the ocean around Akkarfjord is also warmer than it used to be, which could affect the harbor. On land, hunting has gotten harder.

Inland, changes to the freeze-thaw cycle have affected the reindeer's ability to forage during the winter. Buying extra feed or food pellets has become more and more common.

Life beyond the northernmost city is stark, beautiful, and locked in a remarkably complicated relationship with the outside world.

Fossil fuels, and the wealth that comes with them, have improved the quality of life in Akkarfjord — and the rest of Norway — but climate change is also affecting the animals, plants, and seasons they, and the rest of us, still depend on.

The story of climate change is not just an environmental story. It’s a story about people. Both those of us who live beyond the ends of the Earth and those much closer to home.

If you want to see the rest of Rybus’ amazing pictures and read more interviews about life in Akkarfjord, check out her website.