This astronaut got a once-in-a-lifetime view of the planet. Here's what he learned. 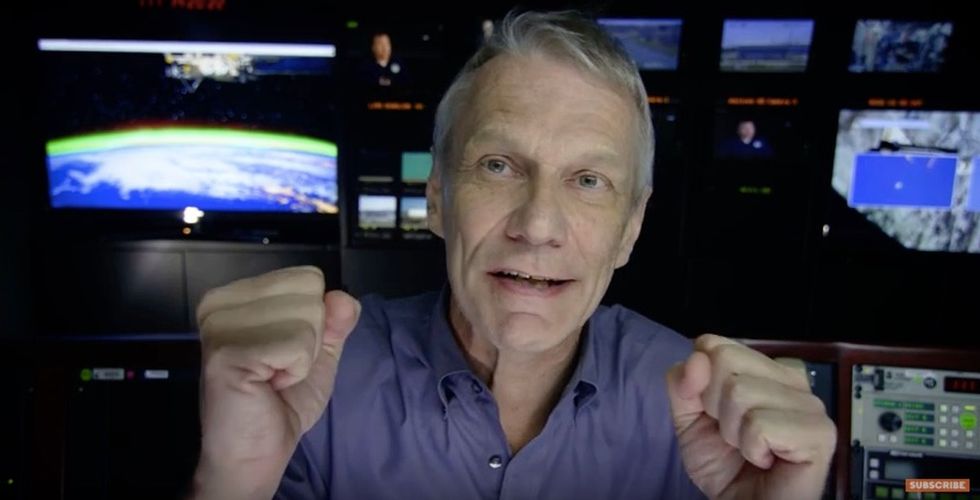 "So there I am one day, a few years back, doing a spacewalk outside the space station."

This is how Piers Sellers, an astronaut, begins his story.

The space station was flying across the Atlantic Ocean, headed toward Europe as the sun was setting.

And Sellers was "hanging out underneath the vehicle itself, this 500-ton space station gleaming in the sunlight, the shuttle docked on the end of it."

Sellers is describing an experience that only a couple hundred people have had. Ever.

Not many people have been 200 miles above the planet, looking down with nothing between them and the massive blue ball except for empty space and the glass of their helmets.

Floating gently over the European night sky, the sun dwindling behind the horizon, Sellers watched as the cities below him came to life.

Sellers was struck by his once-in-a-lifetime view of the world and the people in it.

After all, there he was on a space station, tethered to $100 billion of the most advanced technology humanity is capable of, watching millions of people going about their lives at once.

He's right — there's an undeniable romance to the fact that, in the relatively short time humans have existed on Earth, we've gone from looking at cave paintings to orbiting our planet on a space station.

And it was all of that art, science, engineering, and creativity that got us — that got him and his fellow astronauts — there.

But, Sellers points out, sometimes with all that creativity, art, science, and engineering, humans can get themselves into trouble.

It doesn't take a trip to space to care about the health of our planet. Just this week we've learned that sections of the Middle East may soon be uninhabitable, we've seen massive coral damage off the coast of Miami, and Louisiana had its first group of climate change refugees.

So, yes, it's easy to get caught up in the despair and pessimism often associated with climate change issues.

Floating in orbit outside the space station, feeling protective of this great blue and green ball we all call home, Sellers was filled with hope.

"The human creativity that got us into this [climate change] mess, I'm pretty sure could get us out," he says.

"I've always had faith in humanity," Sellers concludes. "But to see humanity living and breathing down there ... somehow made me feel better."