18 fabulous fungi photos that call into question everything you know about nature. 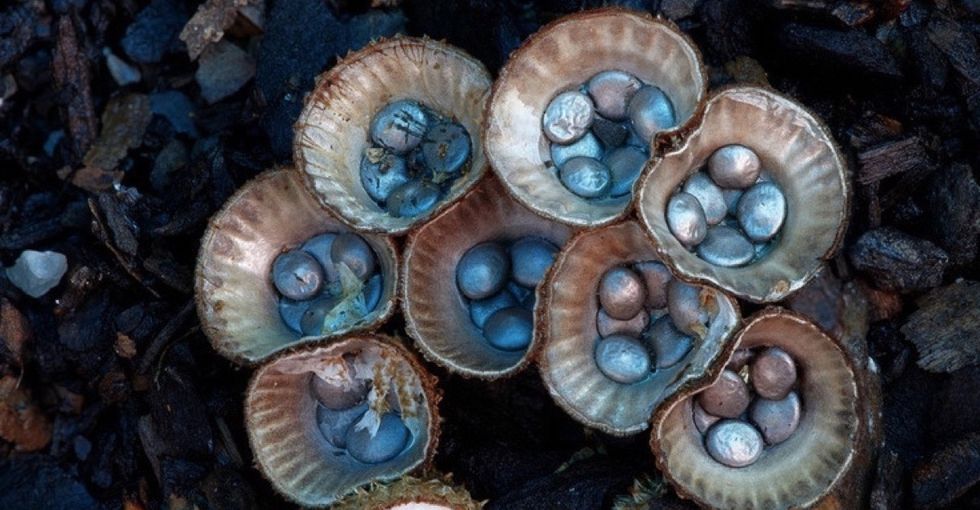 Dad jokes aside, mushrooms and other fungi are diverse, colorful, textured, and just plain strange. Their beauty is remarkable and unexpected, challenging every notion about what fungi should be. I wanted to know more about these organisms, so I went straight to the source: fungi fanatic Stephen Axford.

All photos by Stephen Axford, used with permission.

Axford takes beautiful photographs of weird and wonderful fungi near his home in rural New South Wales, Australia, and on expeditions around the world.

He's traveled to China, Thailand, and Russia to shoot nature at its best. But why fungi?

"I was into going out as far away into the bush as I could, away from people. And I came across mushrooms, and they seemed quite photogenic," Axford said. "I didn't know much about fungi at the time, but ... people explained things and I got to know quite a few mycologists, and one thing led to another."

Now, Axford runs his own photo website and a popular Facebook page dedicated to his fungi photography. His work is also slated to appear in BBC's "Planet Earth II." And as you can imagine, his passion for these organisms is contagious.

Think you can get through this collection of Stephen Axford's photos without falling in love with all things fungi? Good luck.

I mean, come on, the colors of this Anthracophyllum archeri are almost intoxicating.

And the smooth lines of this Bisporella citrina are the stuff modern artists dream about.

And did we take a trip under the sea? Nope, that's not coral. It's Clavaria zollingeri.

And the Cookeina tricholoma look like ... well. OK, let's just move on.

Mycena interrupta might appear to be something out of "Avatar," but they're here. On this planet. RIGHT NOW. No hair-horse bond required.

Prefer something a little more, "Seuss-ian" in nature? Say no more, fam.

Or perhaps you require a mushroom where you can keep earrings, paper clips, secrets, and spare batteries. Cue the Plectania campylospora.

And Leratiomyces may look like a fancy sugar cookie you buy at the bakery, but do not eat it. Trust me on this one.

I'm sorry, is this not a magical house where fairies live? Oh, just a Leptonia. My mistake.

Now you may be thinking, "Glittery, glamorous fungi? That don't impress me much." Well, these creepy looking lichens are just for you, Shania Twain.

Or better yet, how about this fungi that is not here for your body-shaming.

And  this slime mold screams personality. Not really though, that would be terrifying.

And finally this Mycena chlorophos glows in the dark. It GLOWS IN THE DARK! Are you not entertained?

The beauty, wonder, and ecological diversity in fungi are truly staggering.

Axford is essentially a citizen scientist, traveling and lending his talent to experts and researchers, many of whom haven't had the opportunity to document these particular types of mushrooms and fungi in their natural state. It's his own way of contributing to the greater good and advancing conservation in his corner of the world.

"There aren't enough scientists to go around," he said. "So people like myself can actually do something useful, something important, in tracing how things work."

Whether it's fungi photos or something altogether different, taking part in the care and conservation of our natural lands is something all of us can do. And who knows what gems and surprises you'll discover along the way.